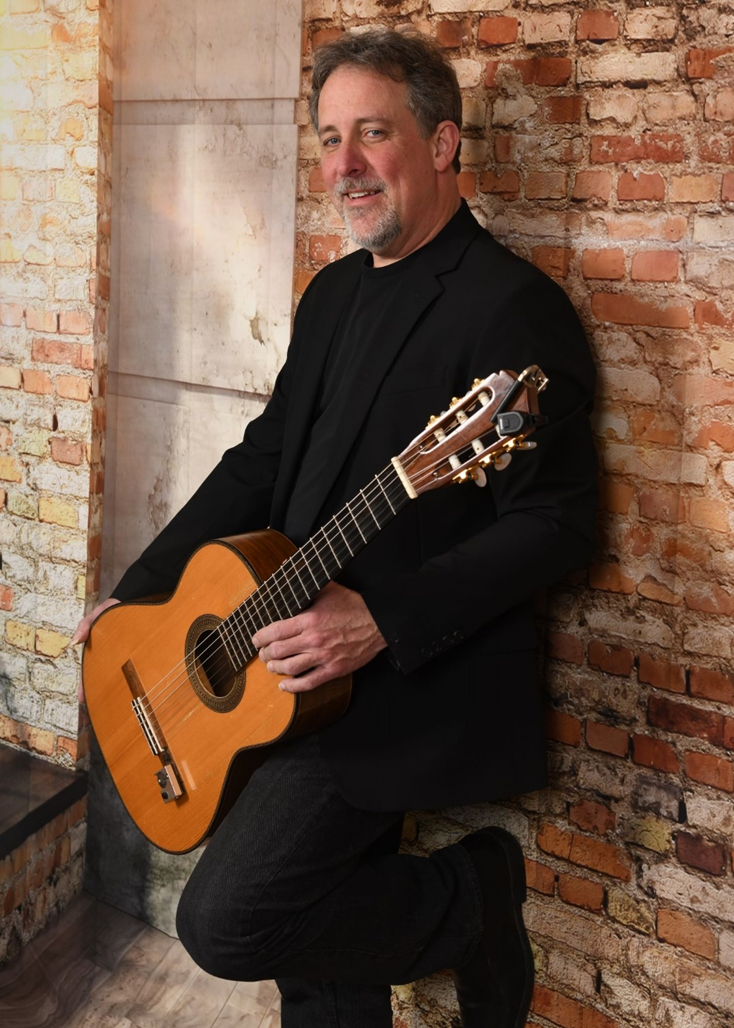 American performer, composer and recording artist Gregory C. Brown has released over 25 CDs either under his own name or in various other projects. He has performed across the US, Canada, and Europe including St. Patrick’s Cathedral in Dublin, Ireland.  He has taught guitar professionally for over 25 years, including Mary Baldwin University and other private institutions. He is currently teaching privately in his hometown of Charlottesville, Virginia.

Gregory is a graduate of the Music, Video and Business program at The Art Institute of Fort Lauderdale, has a Bachelor’s in Business from City University in Bellevue, Washington with a specialty in Music Industry and completed his Master’s in Music Composition at the Vermont College for Fine Arts in 2022.  Brown is a member of the Guitar Foundation of America, the Charlottesville Classical Guitar Society, the College Music Society, Chamber Music America, and the Society of Composers, Inc.

His music can be heard on TV, Film, Video Games, and radio stations around the world and has even been transcribed into Braille.  Greg’s recordings can be purchased or streamed on most major platforms. His orchestral music has been performed by the Charlottesville Camerata Rotunda Chamber Orchestra at the University of Virginia, and his chamber music has been performed by such exceptional artists as the Trio Lunaire, the Chatham Baroque Trio, the Thalea String Quartet and Ari Streisfeld from Duo Cortana, just to name a few. Gregory has also shared the stage with Blues/Jazz artists such as John D’Earth, Daryl Davis and Phil Wiggins. The sheet music to his compositions are available through Les Productions D’Oz and J.W. Pepper.