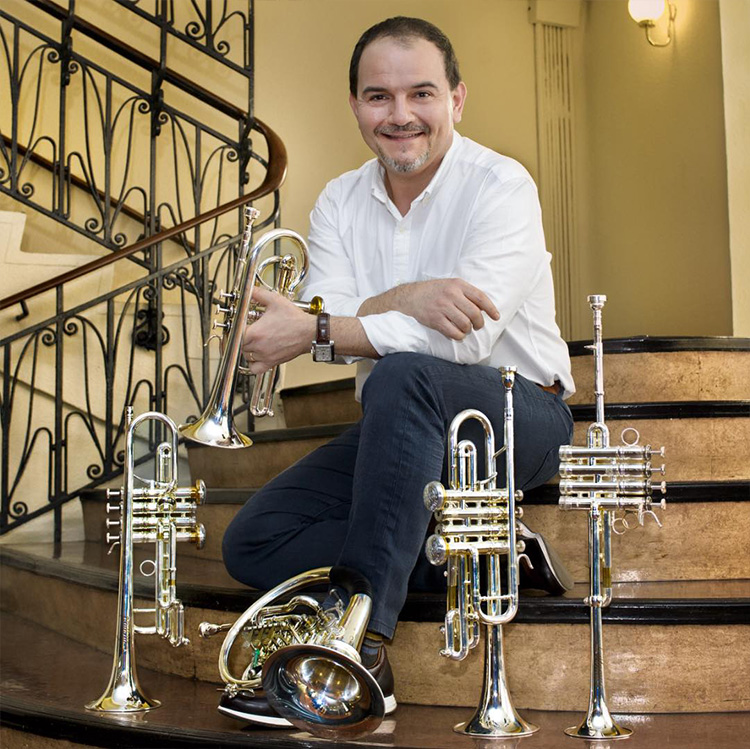 In his wide professional experience, he has been invited to play with the main Spanish orchestras National Spanish Orchestra, the Symphonic Orchestras from Valencia, Córdoba, Asturias, Madrid, and the Community of Madrid´s Orchestra.

In his repertory, there are pieces from all the musical stages, from Baroque to Contemporary music. He has premiered completely new pieces in Spain for RNE and TVE recordings, which are very well-known.

As a teacher, he taught in the conservatories of Alcalá de Henares, San Lorenzo del Escorial, and the Royal Conservatory of Music of Madrid. He has been invited to collaborate in courses and masterclasses inside and outside of the Spanish musical outlook.

Currently, he is the first trumpet in RTVE´s Symphonic Orchestra and professor in CSKG. He works too with the Spanish brand of brass instruments “STOMVI”, becoming one of their artists.