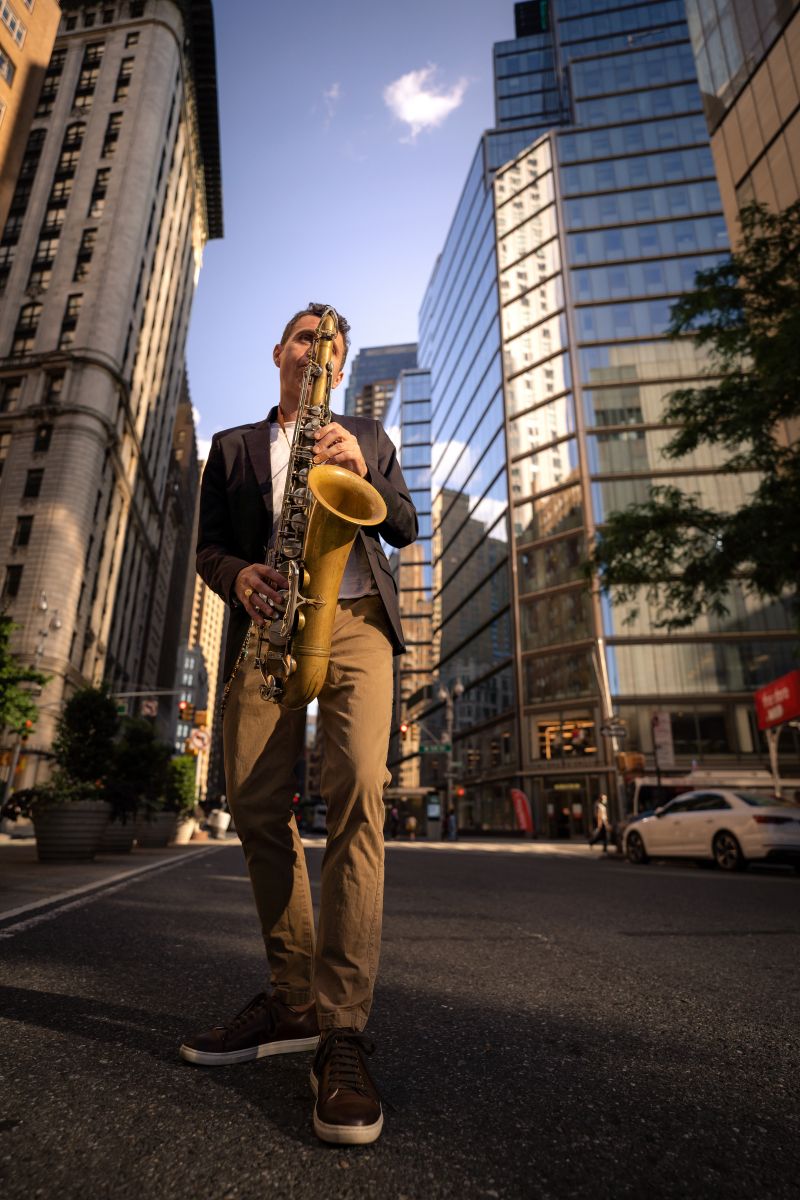 Francesco Amenta discovered his passion for the saxophone at the age of 16 in a small music school in Bologna.

Later he studied with Piero Odorici and attended jazz seminars at "Siena Jazz" and "Jazz Urbino". The seminars were a great opportunity to play in a big band scenario, with great musicians.

He continued his studies at the Conservatory of Verona with Barry Harris, at the American School of Modern Music in Paris with Johnny Griffin and Charles Lloyd, at the Conservatory of Music "G.B. Martini" in Bologna with Barend Middelhoff and Tomaso Lama, in the same period he also had the opportunity to study with Tom Kirkpatrick and especially with Bob Franceschini.

He currently lives and works in New York City.

In New York, he plays regularly in jazz clubs, theaters, and many music venues. Francesco also works as a musician and composer, with dance companies such as Sue Samuel's "Jazz Roots Dance Company".

Professionally he has collaborated with Italian actor Edoardo Siravo in some theatre projects for prose, and with Lucio Caliendo on the soundtrack of the film "Dreaming by Number", produced for Dutch television and nominated for the International Documentary Film Festival in Amsterdam.

He has been working for years as a soloist and sideman with several international musicians.

His discography as composer and leader includes the albums :

"Colors Ties", released in 2015, was recorded in Holland and produced by the label " To Be Jazz"

and distributed by Self Music (IRMA RECORD).

"Midtown Walk" with Cyrus Chestnut, is released in January 2021, recorded in New York (USA), under the direction and co-production of John Lee, legendary Dizzy Gillespie double bassist Sonny Rollins and many other great musicians. The album will be released on the Amenta Music International (A.M.I) label, published by BMI.

Since 2015 he has been performing at various jazz festivals and jazz clubs in the Netherlands, Italy and Belgium, Germany, and the US.