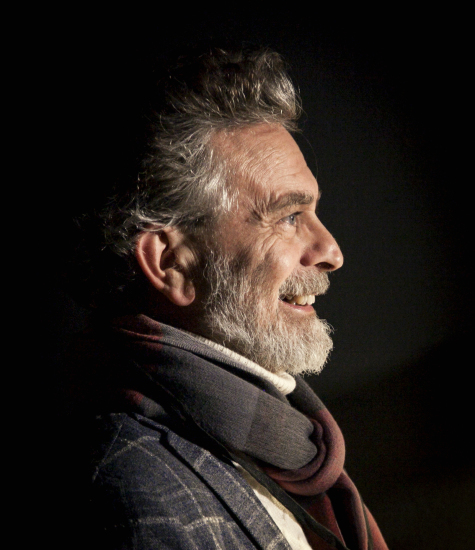 Fabrizio Festa after graduating in philosophy with a thesis in History of Physics dedicated to quantum mechanics, began his musical studies as a pianist, dedicating himself from the beginning to Jazz. In the jazz field, he begins to take an interest in composition and arrangement. He attends composition at the Conservatory of Bologna (with Ettore Ballotta) and then specializes with the composer and pianist Mal Waldron. Most of the songs recorded by the Festa Group, the band he founded and co-directed for many years, are his own, a band with which he has been twice a guest of the Montreux International Jazz Festival and has toured both in Europe and in the USA. Among the essential jazz engagements, we point out the participation (as conductor and orchestrator) to realize the American guitarist and composer Al Di Meola's The Grande Passion CD.

His work as a composer has involved him in various fields: from academical (opera, ballet, symphonic music, and chamber music) to jazz and applied music, from soundtracks for theatre, cinema, and television to radio productions. Its pages, both symphonic and chamber music, have been performed in the United States, Canada, Central and South America (Mexico, Chile, Argentina, Brazil, Peru), in Europe (Russia, Great Britain, Holland, Germany, France, Spain, Norway, Belgium, Greece, Denmark, Sweden, Lithuania) and Asia (China, Iran, Turkey, Azerbaijan, and Lebanon), as well as in Italy (in Festival, including Spoleto, MITO, Festival Delle Nazioni, Cantiere d'Arte di Montepulciano, Festival Duni Matera, and many others).

He currently dedicates a significant part of his activity to Music and Sound Design, design and programming in the DAW and cross-media environment, and AI – BCI for Musical Computer Science.

Very involved in the divulgation and research, especially in the field of neuroscience and artificial intelligence for music applications, he published, among other things, the essays Music: uses and customs (Pendragon, Bologna, 2008) and Music, Sounds, Signals, Emotions (Editrice Compositori, Bologna, 2009) and edited the volume Resistenza Illuminata 1945-2015. Tribute to Luigi Nono (Pendragon, Bologna, 2018). He is a music critic, an activity he carried out, among other things, collaborating for over twenty years with the newspaper La Repubblica, and is a member of the National Association of Music Critics. He was the artistic director of the International Composition Competition «August 2» and is currently a consultant for contemporary music at the Duni Festival. He teaches at the E. R. Duni Conservatory of Music in Matera, where he also holds the positions of Board Member and Coordinator of the activities of the School of Electronic Music. He is a member of AIMI (Italian Association of Computer Science Music), SAR (Society for Artistic Research) and AIA (Italian Association of Acoustics), and Athena Musica.