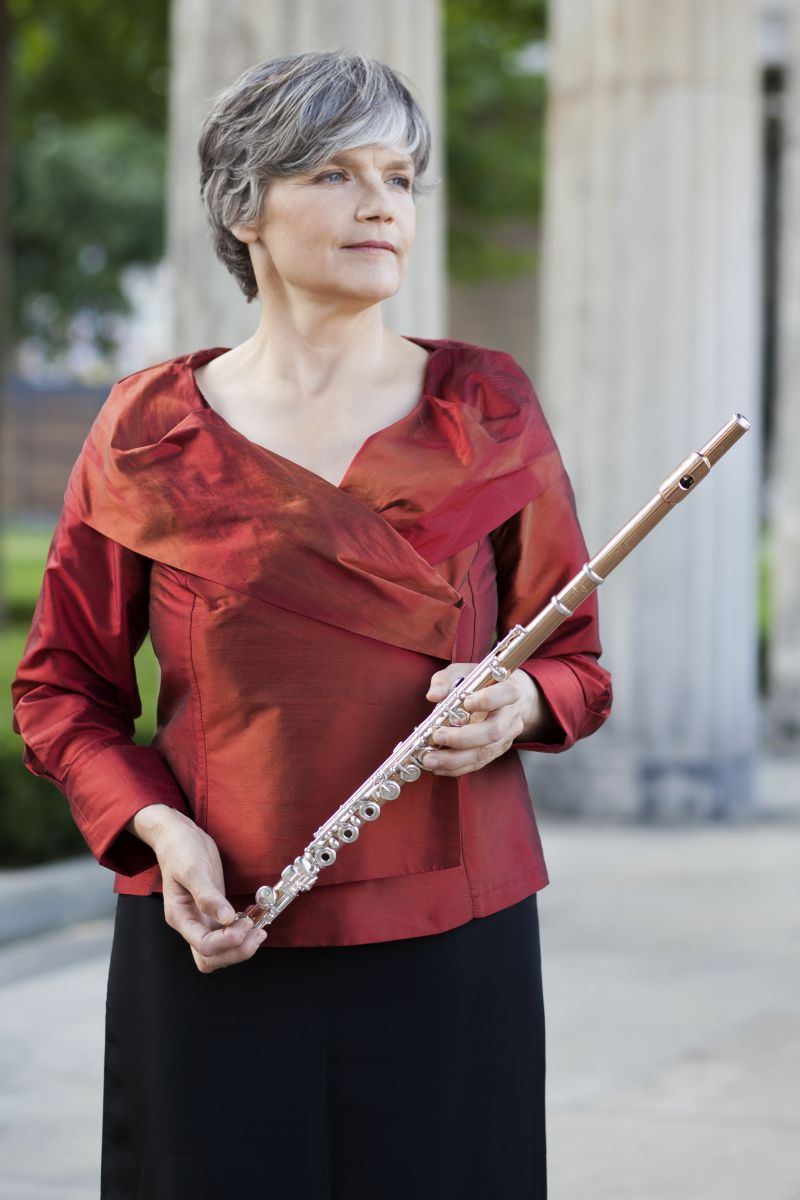 The Austrian flautist Elisabeth Möst studied at the Linz and Vienna Private Universities of Music and completed master classes with William Bennett, Maxence Larrieux and Aurele Nicolet. After completing her diploma, her musical path led to private studies with Manuela Wiesler (Vienna) and to the Royal Academy of Music in London with William Bennett.

E. Möst's game is characterized by transparency, truthfulness and her art of making transitions exciting.

As a multiple prize winner, the artist celebrated her debut in London in 2001 with the world premiere of a work by Helmut Neumann, which he composed especially for her.

Their extensive repertoire, which ranges from the baroque to the modern, inspires audiences. Inspired by nature and intellectual ideas, she creates themed evenings that are among the most interesting of our time, both in terms of music and content.

Many contemporary composers (including Violeta Dinescu, Nikolai Badinski, WA Schultz...) have dedicated works to Elisabeth Möst. She is a sought-after interpreter of contemporary music.

Elisabeth Möst has made guest appearances as a soloist and chamber musician in Europe, South America and the USA and was a welcome guest at international festivals. E. Möst celebrated international success in Istanbul and Sofia in 2009. In May of the same year she was a "special guest" at the international flute festival in Lima/Peru, where she also held master classes. In 2010 she was invited to open the festival "Nature" (A) alongside stars like G. Kremer and B. Skride. Duo evenings together with the international violinist and violist Elisabeth Kufferath are planned for 2013.

In 2012 E. Möst gave concerts in Italy, Austria, Germany and Slovakia. She was also invited to play at the international flute festival in the USA. Then at the International Flute Festival of the British in Manchester, where she also lectured on the new flute concerto by Helmut Neumann (3rd Viennese School).

E. Möst is an ambassador for the Klanglinieninstitut in Vienna.

E. Möst has been creating "meditative audio pictures" for some time, which are defined as a mixture of spoken language, music and spiritual ideas and are topic-related.

Your project "The Easter Night" was rated with the maximum number of 6 stars by the press during a tour of Austria.

In her free time, EM writes poems and children's stories (What the snow can tell you, NOVUM-Verlag).