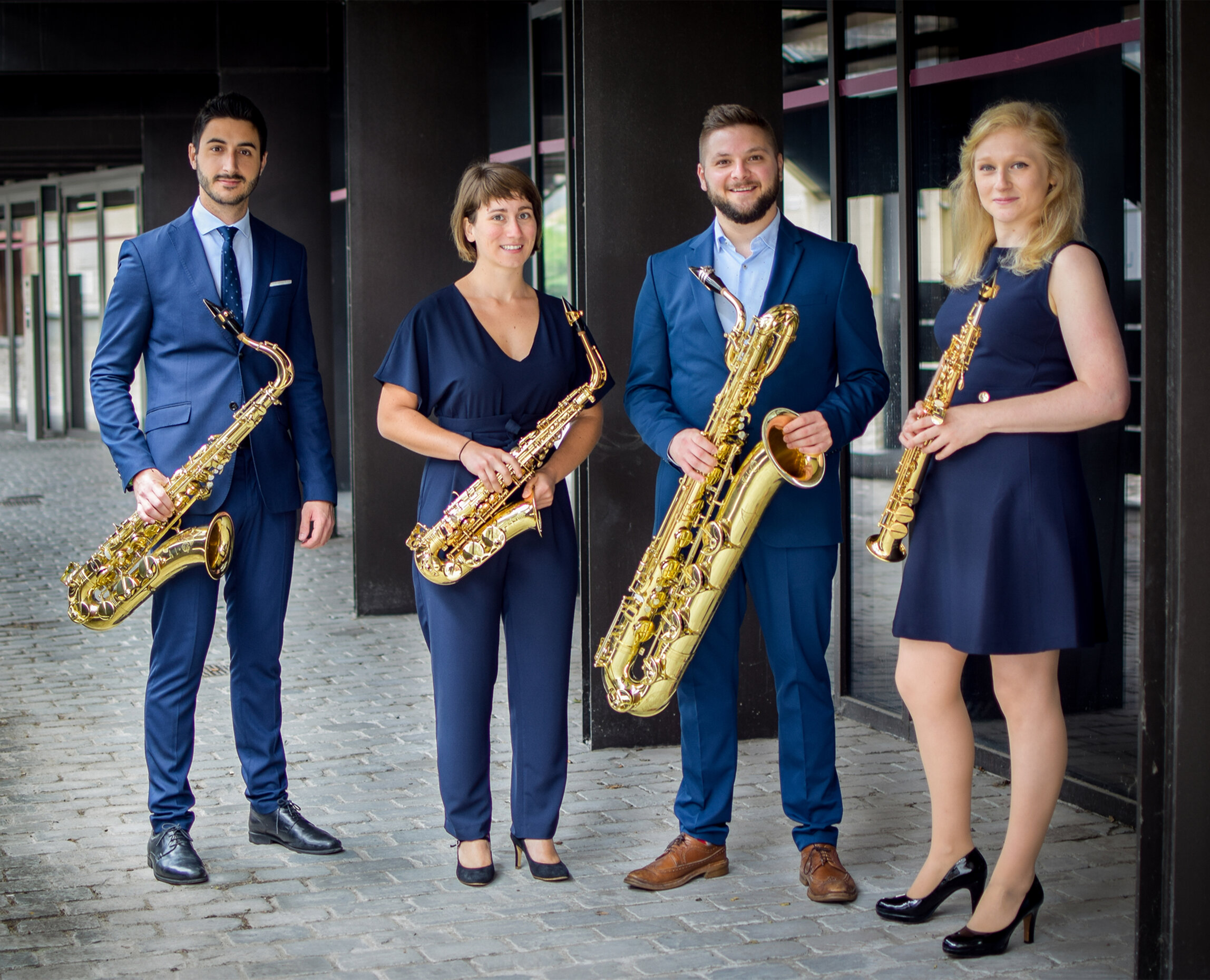 The Ensemble du Bout du Monde (EBM) is an award-winning Swiss collective of four saxophonists from Israel, Italy, Spain, and the United States. As a contemporary ensemble, the musicians constantly seek to place art in unexpected and unique situations. Through the saxophone quartet a tool for creating art through music - the musicians seek to develop this specific saxophone quartet ensemble in the world of contemporary music.

Equally interested in breaking with the classical vision of a quartet, the members of the ensemble see great importance in cross-cultural collaboration between the arts and other humanities. Formed, developed, and trained in France, EBM brings together four disparate people and cultures to imagine a creative and innovative collective for which there are no borders or limits.

The ensemble began its artistic journey in 2015 and has been invited to various music festivals and concert halls to present its work to a wide range of audiences. The ensemble has been invited to the Onassis Cultural Centre (Athens, Greece), the Mallorca Saxophone Festival (Palma de Mallorca, Spain), the Sound Plasma Festival (Tallinn, Estonia), the Sprengel Museum (Hannover, Germany), and the Kuraia Festival (Bilbao, Spain) among others. Their most recent concerts include the Sax in the City festival (Zurich, Switzerland), Yes we Sax! (Stuttgart, Germany), and the Gare du Nord (Basel, Switzerland).

In the field of contemporary chamber music, the ensemble has received numerous awards for its performances. Among these, the First Prize and the “Prix de la Ville” at the Concours d'interprétation de la Ville de Boulogne-Billancourt (France), the First Prize at the Hugo Competition organized by the Montforthaus of Feldkirch (Austria), and more recently the 3rd Prize as well as the "Prix de l'Espace 110" at the 21st Illzach Chamber Music Competition (France).

The ensemble regularly collaborates with composers to create new repertoires and bring new music to unexpected places. Their most recent collaborations with the Iranian Composers Association of ACIMC, as well as with composer Nicolas Tzortzis, and composer María-Eugenia Luc have been very successful.

EBM is also a D’Addario performing ensemble and performs exclusively on D’Addario reeds.