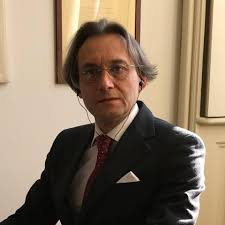 Davide Remigio (Melbourne, 26th June 1963) is an Australian and Italian composer and founder of the Quaternary Music. He graduated in Composition (MMus) in 1992 at the National Academy of S. Cecilia in Rome with Franco Donatoni and Music for Film (1991) with Ennio Morricone in Accademia Musicale Chigiana. In 1989 was awarded the Silone Price Music for the composition Homage to Silone for narrator and orchestra and in 1993 the Gaudeamus Foundation of Amsterdam rewarded Mordenti for an ensemble that was performed on the radio. In 1997 he founded the Quaternary Music a composition technique with only four notes. In 2002 he participated in the Ateliers del Forum at IRCAM in Paris with electronic works. In 2012 he gave a lecture on quaternary music at the Vernadsky National Library of Kiev and in 2017 he is invited to hold a workshop in quaternary music composition at the Irvine University (California).

His compositions have been performed at the National Academy of S. Cecilia, Filarmonica Romana and Ravello Festival in Italy, at the Dutch and Belgrade radio, the Australian Foundation and the British Asian Music Society of Victoria in Melbourne, Di Menna Center, Symphonic Space and National Opera Center in New York City. He publishes with Casa Musicale Sonzogno and Casa Ricordi in Milan, and Universal Edition in Wien.

The sound world created by the quadriad of notes is so defined that it does not need so many changes of harmonic sounds to have a good sound variety. This compositional technique helps the composer to create new compositions that are truly interesting from a harmonic perspective. With this compositional technique, any composer can compose and be recognized by the public, precisely because it creates its own personal sound brand.