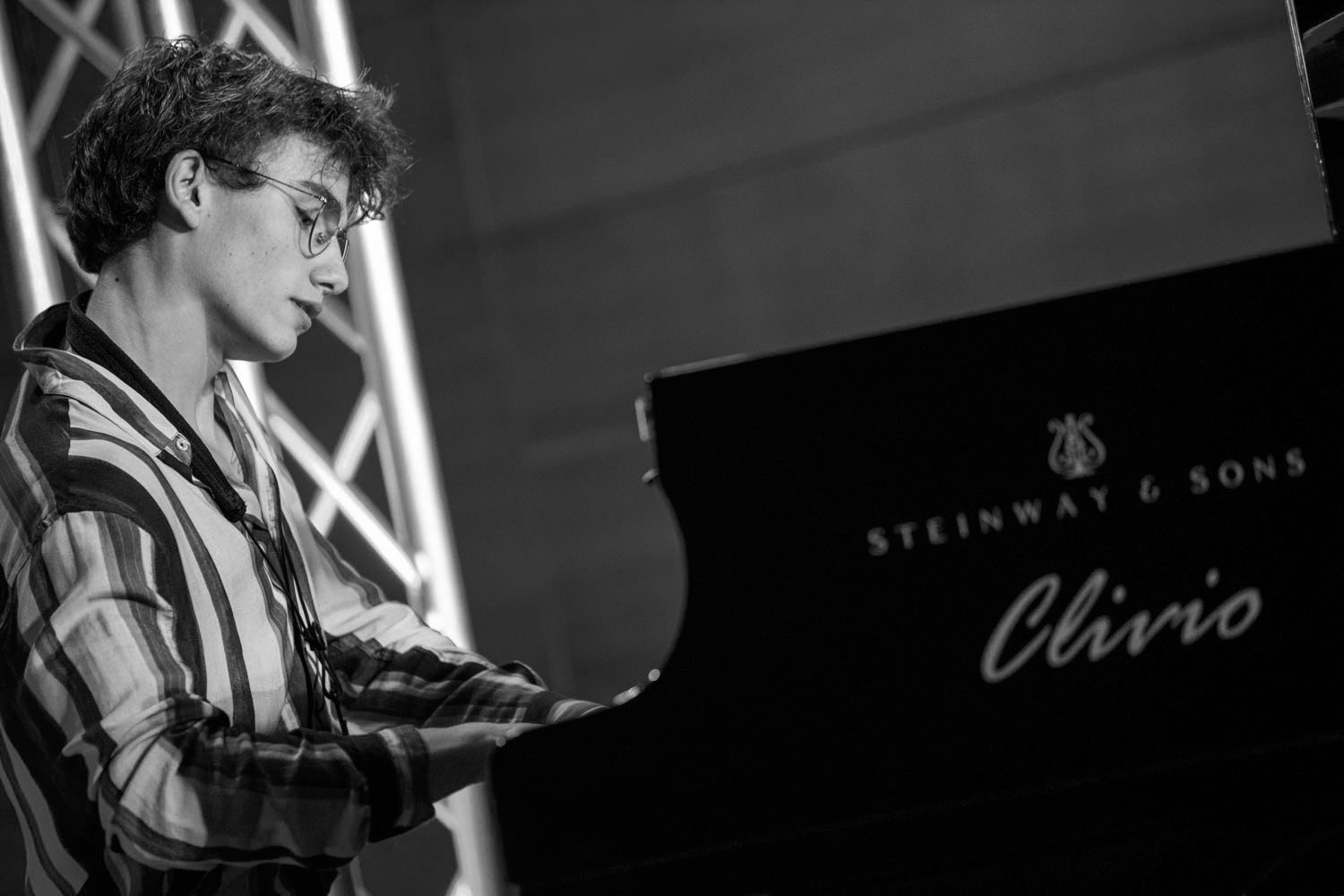 Davide Rasetti was born on 13/09/2000 in Teramo, a small town in central Italy. He began studying the piano at the age of 5 and then began studying the saxophone at the age of 8. The basis of his musicial training was classical and traditional, but with the passage of time, it has expanded, starting to include Jazz, composition, contemporary music, and a great interest in all ethnic musical styles, with particular attention to Latin and Latin Jazz and Arab influences in the modern music. Davide is now considered a multi instrumentalist since during his life he began to deepen the study of other instruments such as guitar, bass, percussion, and obviously piano and saxophone. He studied the piano with Tatjana Vratonjic, Mila di Addario, Toni Fidanza, Adele Barone. On the other hand, he studied the saxophone with Sabatino Matteucci and Gianluca Caporale. In 2021, he began a two-year master's course in classical piano at the Dutch University of Codarts, which is located in Rotterdam, under the guidance of  Nino Gvetadze. As for the study of other instruments, Davide studied them by himself, receiving advice from two of his masters: Franco Pellegrini and Martin Diaz.

In 2019, Davide Rasetti released his first album "Zelmira" with the Alfamusic Label where he collaborated with one of the greatest European bass players: Massimo Moriconi. In the past, he found himself alongside the drummer Massimo Manzi, in three concerts he performed alongside Massimo Manzi with the contemporary orchestra of Teramo where he made his debut as a pianist and saxophonist. After “Zelmira” Davide tried to bring this project to bigger stages but was stopped by COVID. During the pandemic, Davide recorded a new album entitled “All'esterno" which sees him as the protagonist and soloist. In the album, he plays all the instruments through the use of a loop. The "All’esterno", however, is a much larger project that is to be performed live with Davide and the dancer Rebecca Rastelli who dialogue and blend two different arts, dance and music. Davide and Rebecca conceived this project during the pandemic as if it was a cry for the time that had been taken from them and for the suffering they felt in being apart since they are a couple in real life as well as in art. At the moment, Davide is pushing his artistic strength towards three projects: the first is a project that sees him as a protagonist and a solo pianist or better improviser since his year-long study has been focusing on the composer and pianist Keith Jarrett. The second is the “All'esterno" project described above. The last is the project created with his jazz trio that sees him at the piano and saxophone and Gianluca Calò and Daan Arets respectively at the electric bass and drums. This project aims at a more jazzy sound but with technical moments that embrace Latin and progressive music.