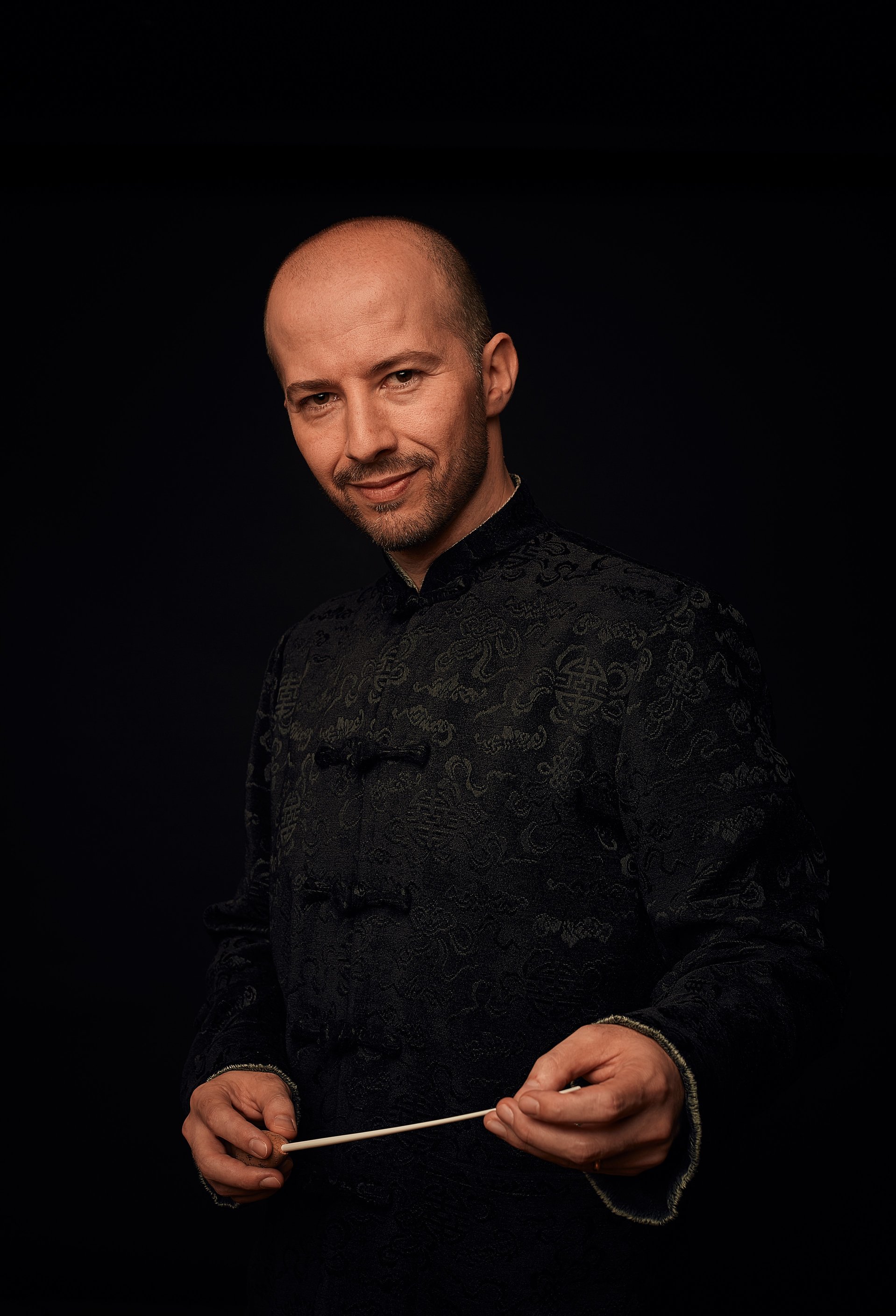 Besides being a high-level musician, he is also a wonderful man with good human skills..." - George Pehlivanian

Born in Rome into a family of long musical tradition, the Italian conductor Dario Silveri began his career as a cellist, then he devoted his musical life to Conducting.

He has conducted various ensembles, chamber and symphony orchestras, including the "German National Chamber Orchestra, the "St. Petersburg State Hermitage Orchestra", the "Orquesta de Conservatorios de Madrid", the "Orquesta Sinfónica de la Esmuc", the "Savaria Symphony Orchestra"; the 2015-2016 season has marked a milestone in the young conductor’s career: he made his debut on the podiums of the Berliner Philharmonie, Palais de Bozar in Bruxelles and Gewandhaus zu Leipzig, with sensational success.

He studied Conducting at the Civica Scuola Claudio Abbado in Milan (Italy) with R. Rivolta. He attended the course with M. Sieghart at the University of Music and Performing Arts in Vienna (Austria) and in St. Petersburg (Russia) with J. Brett.

He specialized in France with G. Pehlivanian and with the American conductor he also earned a Postgraduate Degree at the Superior Conservatory K. Gurska in Madrid (Spain), then he became Maestro Pehlivanian’s Assistant Conductor.

Dario Silveri’s career as a conductor has been enriched by almost two decades of extensive work as an acclaimed chamber and orchestra musician. He performed as a member of distinguished symphonic orchestras and chamber music ensembles at the most prestigious concert halls internationally

He also became a member of the "PMCE - Parco Della Musica Contemporary Ensemble" of the new Auditorium in Rome, distinguishing himself in Italy as a performer of modern and contemporary music.

He had the opportunity to work with some of the biggest contemporary composers, such as Steve Reich; he has moreover collaborated for years with the Academy Award winner  Ennio Morricone, giving concerts and tours all around the world, and recording dozens of CDs and many soundtracks for the Movie Industry and Television.

At the same time, he cultivated his deepest interest, orchestra Conducting; ever since he was a child, his devotion to Mahler’s Work led him to study all the great masterpieces of the symphonic repertoire and prepared the ground for his new musical life.