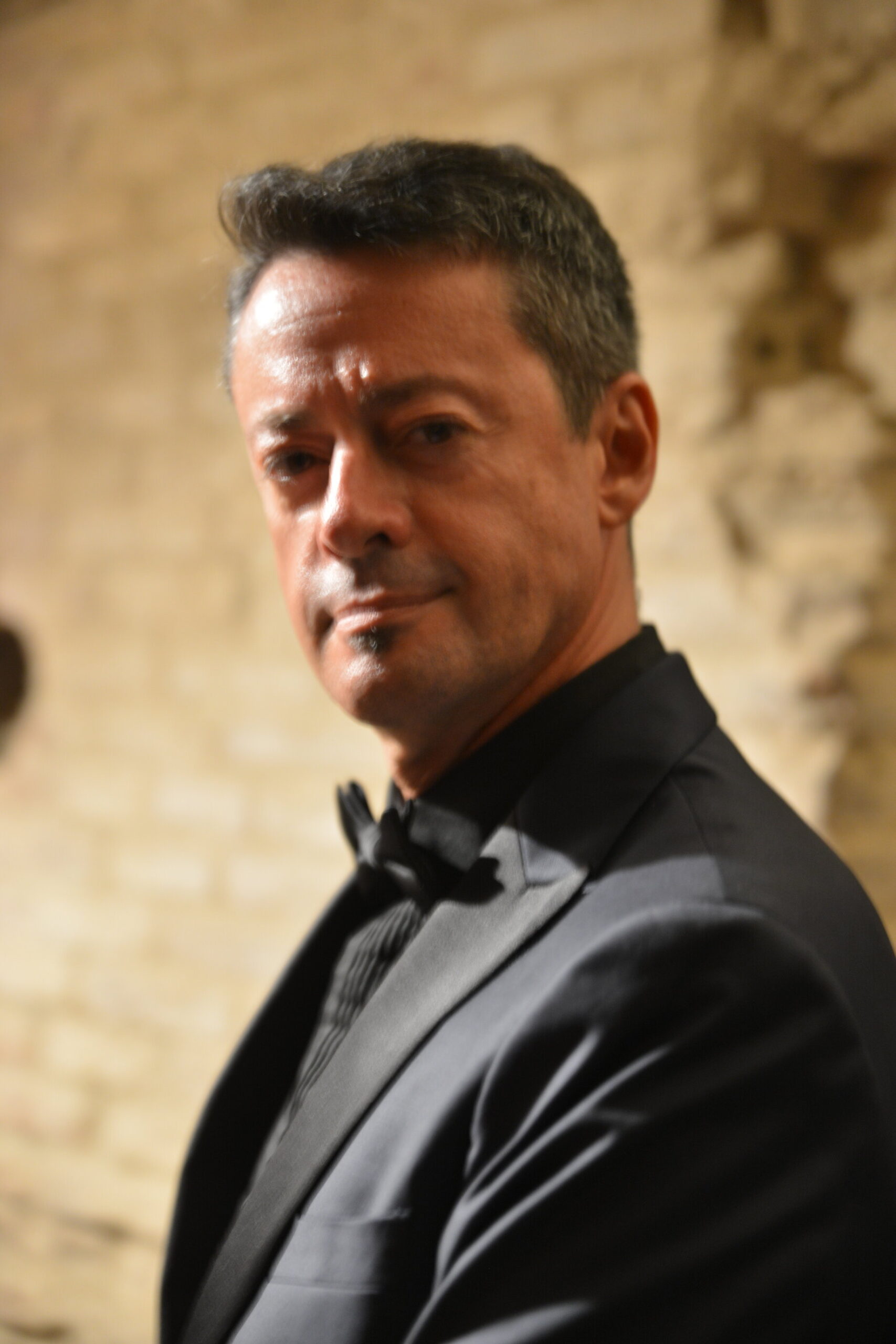 His artistic studies start in the Conservatory, first in Turin, then in Parma, graduating with honors, and then materializing in an opera career, which leads him to limestone, for thirty years the scenes of national and international theaters.

Since 1989 he has been active in the opera and concert field all over the world, alongside great names in opera, from Katia Ricciarelli to Luciana Serra, to Dimitra Theodossiu, from Renato Bruson to Alberto Mastromarino to Giuseppe Altomare to many others. In prestigious theaters, from the Bunka Kaikan in Tokyo to the Royal Opera House, from the Teatro del Giglio in Lucca to the Teatro dell'Opera Giocosa in Savona, from the Greek Theater in Taormina to the Massimo Bellini Theater in Catania, and in other prestigious concert halls. Engaged in numerous productions, with a wide repertoire from the sacred to the lyrical, to the symphonic, he has received many accolades in main roles, such as, for example, especially in the Verdi and Mozartian repertoire.

It will soon debut in the 2021 season in the roles: Attila (Attila by G.Verdi), Barbablu '(The Castle of Barbablu' by B.Bartòk), Don Giovanni (Don Giovanni by W.A.Mozart), Figaro (Le nozze di Figaro  by W.A.Mozart).

His debut recently, as an opera director at the Festival di Cento (Ferrara-Italy), in G. Verdi's Rigoletto.

He often collaborates with the first Italian television and film companies, as an actor and by lending his own lyrical voice, as in the film "All the fault of music", in which he doubles Ricky Tognazzi.

He was awarded in the Campidoglio (Rome) for the opera section in 2020, with the International Carthage 2.0 Award.

Actually, he is the only representative opera singer for Italy at the World Championship Performing Arts of Los Angeles 2021.