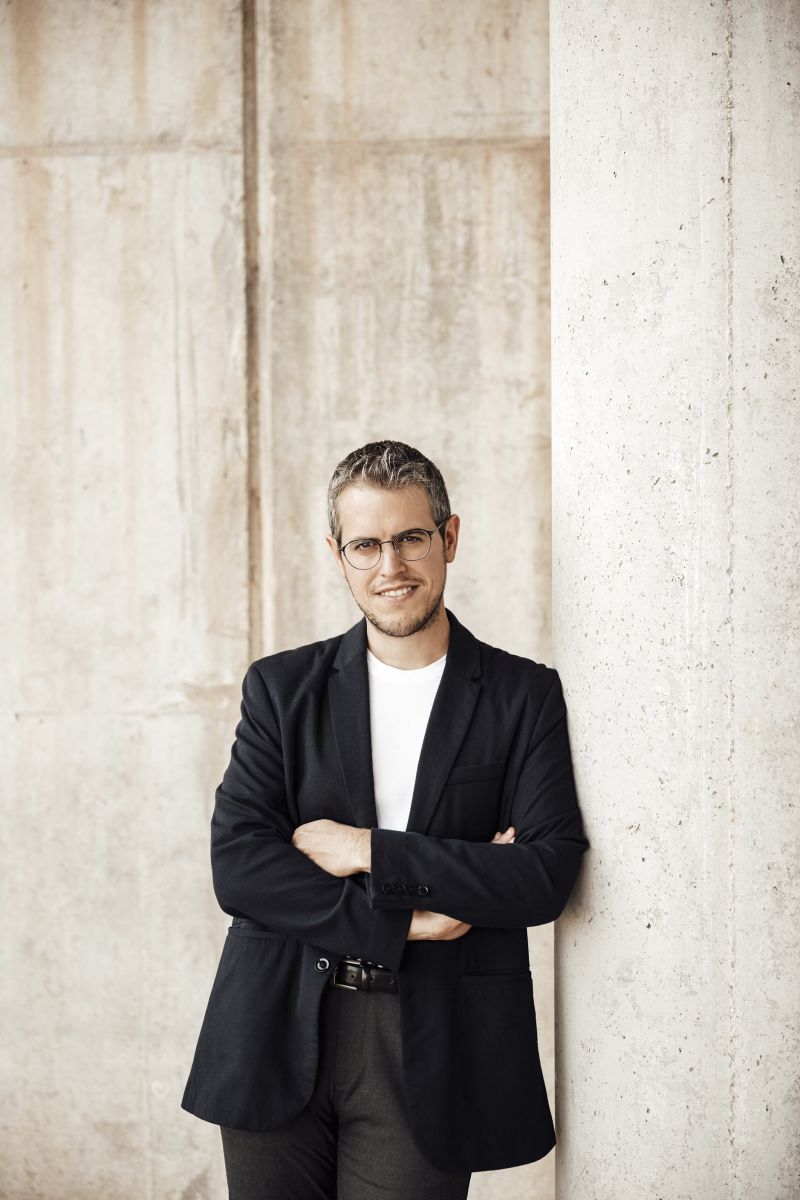 Daniel Ros, who is considered as one of the most promising Spanish conductors and one of the most active young conductors in the country, is the assistant conductor of two professional orchestras: in the Orquesta Sinfónica de la Región de Murcia (ÖSRM) and ADDA·Simfònica Orchestra (Alicante, Spain). He is also assistant conductor of the Orquesta Joven de Córdoba (Spain) and musical and artistic conductor of intensiō and the Agrupación Musical de Beniaján (Murcia). During the 2019-2020 season, Daniel Ros debuted as conductor at the head of the ADDA Simfònica orchestra, with which they performed Beethoven's Fifth Symphony on his  Concerts als problems - Beethoven 2020. Daniel Ros is on the Board of Directors of the Spanish Association of Orchestra Conductors (AESDO), chaired by Cristóbal Soler, and combines his work as a conductor with his continuous education and projects that are carried out both inside and outside Spain.

Daniel Ros Hernández (1992), born and raised in El Jimenado (Torre Pacheco, Murcia, Spain), began his musical studies at the musical association “Asociación Musical Nuestra Señora del Pasico”, in Torre-Pacheco. Later, he began his formal studies at the Professional Conservatory of Music of Cartagena, specializing in saxophone and obtaining there the Professional Titulation of Music. He has a degree in Primary Musical Education in the specialty of music from the University of Murcia. Also, he has collaborated with the Department of Plastic Expression, Musical and dynamics of the University of Murcia in the project Traditional Music Holdings, which is carried out by Consejo Superior de Investigaciones Científicas (CSIC, Spain). He has also studied there a Master in Teacher Training (Máster universitario en Formación del Profesorado de Educación Secundaria Obligatoria y Bachillerato, Formación Profesional, Enseñanzas de Idiomasy Enseñanzas Artísticas) in the field of Music.

As a composer, Daniel Ros has obtained different national awards and recognitions. Its catalog houses works written for different instrumental ensembles, from symphonic music to chamber music. He has trained in the field of soundtrack composition with masters such as Roque Baños (Spain), as well as in composition, instrumentation and orchestration with masters such as Bert Appermont (Belgium), Carlo Pirola (Italy), Franco Cesarini (Switzerland), Jan Van der Roost (Belgium) and Thomas Doss (Austria). Daniel Ros is also a member of the Intellectual Property Register and also of the Spanish General Society of Authors and Publisher (in Spain, SGAE). Since 2013, Mr. Ros has worked for the publisher house GTE Música (Villena, Alicante), where he has published most of his works.

In 2017, Daniel Ros has finished his Orchestral Conducting bachelor at the Higher Music Conservatory of Murcia with the Maestro Mr. José Miguel Rodilla Tortajada (Spain). Daniel got the highest qualification. In addition, he was selected by the artistic committee of the Symphony Orchestra of the Region of Murcia to carry out the Orchestra Conducting Practices of his last year of his career. On the other hand, he has also finished his Conducting Studies at the European Academy for Wind Band (EAWB), in Portugal, with the masters Jan Cober (Netherlands), Javier Viceiro (Spain), Andre Granjo (Portugal) and Toni Cantal (Spain), where he graduated in concert with the Symphonic Band da Polícia de Segurança Pública de Lisbon (Portugal), where he got the highest marks and awarded with distinction. In addition, in 2019 he was selected to study the Postgraduate in Orchestra Conducting by the prestigious International Academy of Orchestra Conducting “José Collado” (AIDO, in Valencia, Spain), where he worked with national and international teachers such as Cristobal Soler (principal professor), Virginia Martínez, Andoni Sierra, Óliver Díaz, Daniel Gil deTejada, Fabián Panisello, Nacho de Paz, Miguel Romea and Yaron Traub.

During his career as a conductor, he has been selected to attend various courses and competitions in countries such as Germany, Italy, Malta, Netherlands, Portugal and Spain. We can highlight his position as AESDO Award in the I International Conducting Competition "Lliria, city of Music", Finalist in the II Curso-Concurso de Dirección de Orquesta organized by the Orfeón Murciano Fernández Caballero; his Second Prize in the II Concurso Nacional de Dirección “Maestro Galindo”; his position as a Semifinalist int he V Concurso de Dirección Orquestal organized by the Orquesta de Córdoba; his First Prize and Commendation in the XLVIII Certamen Provincial de Bandas de Música de Alicante; and his First Prize en el XLI Certamen de Bandas de Música de la Comunidad Valenciana in the Second Section with the Unión Musical de Redován, after conducting in the prestigious Palau de les Arts Reina Sofía (Valencia). In addition, he has been part of the jury of important interpretation competitions, such as the Entre Cuerdas y Metales, the Concurso de jóvenes intérpretes Villa de Molina and the Intercentros Melómano.

On the other side, Mr. Ros has also worked as assistant conductor of the Banda Sinfónica de la Federación de Bandas de la Región de Murcia with the maestro José Miguel Rodilla during the season 2017 and assistant conductor of the Orquestra de Cambra de Mallorca (april, 2019). In addition, he was awarded the scholarship as a conductor in practice by the Instituto Nacional de las Artes Escénicas y de la Música (INAEM) and the Joven Orquesta Nacional de España (JONDE) to attend his first 2019 meeting in Zaragoza, where he participated in the Orchestra Conducting Course taught by maestro Bruno Aprea (Italy), being selected to conduct the Joven Orquesta Nacional de España in concert at the prestigious Mozart Hall of the Zaragoza Auditorium.