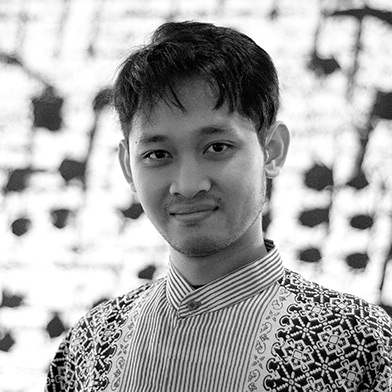 Danang Dirhamsyah is an Indonesian pianist, currently situated in Germany. His first lessons began in 1996 in Surabaya, Indonesia, where he started to learn the Electone with Farida Pringadie. When he was 12 years old, Danang decided to learn piano as he developed a passion for playing the classical piano with his teacher Fefe These. Later he independently joined the 1st and 2nd Indonesia Piano Festival in Jakarta and was selected to play at the Gala concert at Usmar Ismail Hall in 2007, which was broadcasted nationwide. In the year of 2008, Danang received an opportunity to attend the “Summer Piano Institute” at Yong Siew Toh Conservatory of Music, at the National University of Singapore, where he experienced firsthand the mastery of professional playing from Dr. Thomas Hecht. In the same year, Danang started his bachelor’s studies in Piano performance under the guidance of Iswargia Sudarno at the Pelita Harapan University in Jakarta, Indonesia. During his studies in Indonesia, Danang gave numerous solo and chamber music concerts and collaborated with renowned musicians in Indonesia. In the year of 2012 Danang successfully finished his bachelor’s studies and was awarded a special prize at the Asia International Music Festival in Cheonan, South Korea.

Since 2013 he has been a scholarship holder of the DAAD (German Academic Exchange Service) and started his 2nd bachelor’s studies at the Lübeck Academy of Music in the class of prof. Konrad Elser. Danang furthered his studies by choosing a new direction in music and developing a strong bond with contemporary composers through various concerts, projects, and collaborations. His skills have been noticed in late 2015 when he has been selected to play in the “Jünge Kunstler live” - a special live broadcasted concert on NDR Kultur (the North Germany Radio). In addition to that, he took a great interest in the Balinese Gamelan and has been participating in the ensemble conducted by prof. Dieter Mack and furthering his knowledge by learning the harpsichord under prof. Hans-Jürgen Schnoor. Danang graduated with his master's degree in piano performance in 2018. Since 2017 Danang Dirhamsyah has been actively performing in chamber ensembles Duo Breva with the French baritone, Erwan Tacher, and Duo Danetri with Lithuanian clarinetist, Ugnė Varanauskaitė. His musical and cultural ideas also lead him to "Haus der Kulturen" in Lübeck, where he worked and organized projects in 2018.