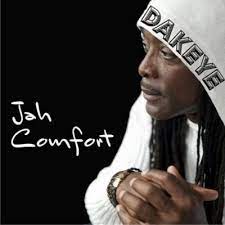 Born & raised in Trinidad, this talented singer has made his mark on American soil. Richard Marshall also known as DAKEYE is signed to MONARCHY RECORDS - SPECTRA MUSIC GROUP (www.spectramusicgroup.com)—the Soulful Crooner and former lead vocalist of LA#1reggae group DETOUR POSSE.  In 1999 Dakeye embarked on a solo career, recording for veteran producers like Sly & Robbie and Fabian Cooke. In the summer of 1999 Dakeye, in association with Kevin Brown collaborated on several songs of high quality. In 2000, they released Take Your Time, a song written by Brown and Dakeye over a re-worked version of The Melodian’s, Come On Little Girl. That promotional-only tune was so well received, it charted in the Jamaica Star’s Miami Top 25 chart for that year. In 2009, Dakeye’s song, Chariots in the Sky, was featured in the film A Letter to Dad that starred Mario Van Peebles, John Ashton and Thom Mathews. Over the past few years, the two have painstakingly recorded and re-recorded several tunes for commercial release. Singles like Turn It Up (Sexy Beast Riddim) and Just Like A Man (Fallen Riddim) have brought Dakeye back in front of the public eye along with his performances in Trinidad and in the United States. His vocal style reminds many of great singers like, Teddy Pendergrass, Curtis Mayfield, Freddie McGregor or Beres Hammond.​

Dakeye’s Let’s Stay Together (Love Letter) on the Kevin Brown produced Elements Riddim was released on May15th 2011. ( See review on Reggaevibes.com) The track not only showcase’s his superb singing abilities, it also shows how much he is as a serious lyricist. Brown and Dakeye’s goal was to put the soul back into reggae music and with this ballad—they feel they have accomplished it. Take a listen and keep an eye and ear out for more from this creative duo.

​​​On February 2nd 2016 SPECTRA MUSIC GROUP released Dakeye's latest single JAH COMFORT. Later in March the official video was released. This video was recorded in Jamaica and released with worldwide acceptance. Dakeye has also recenly released his debut album, entitled 'Jah Comfort' which can only be described as a masterpiece.