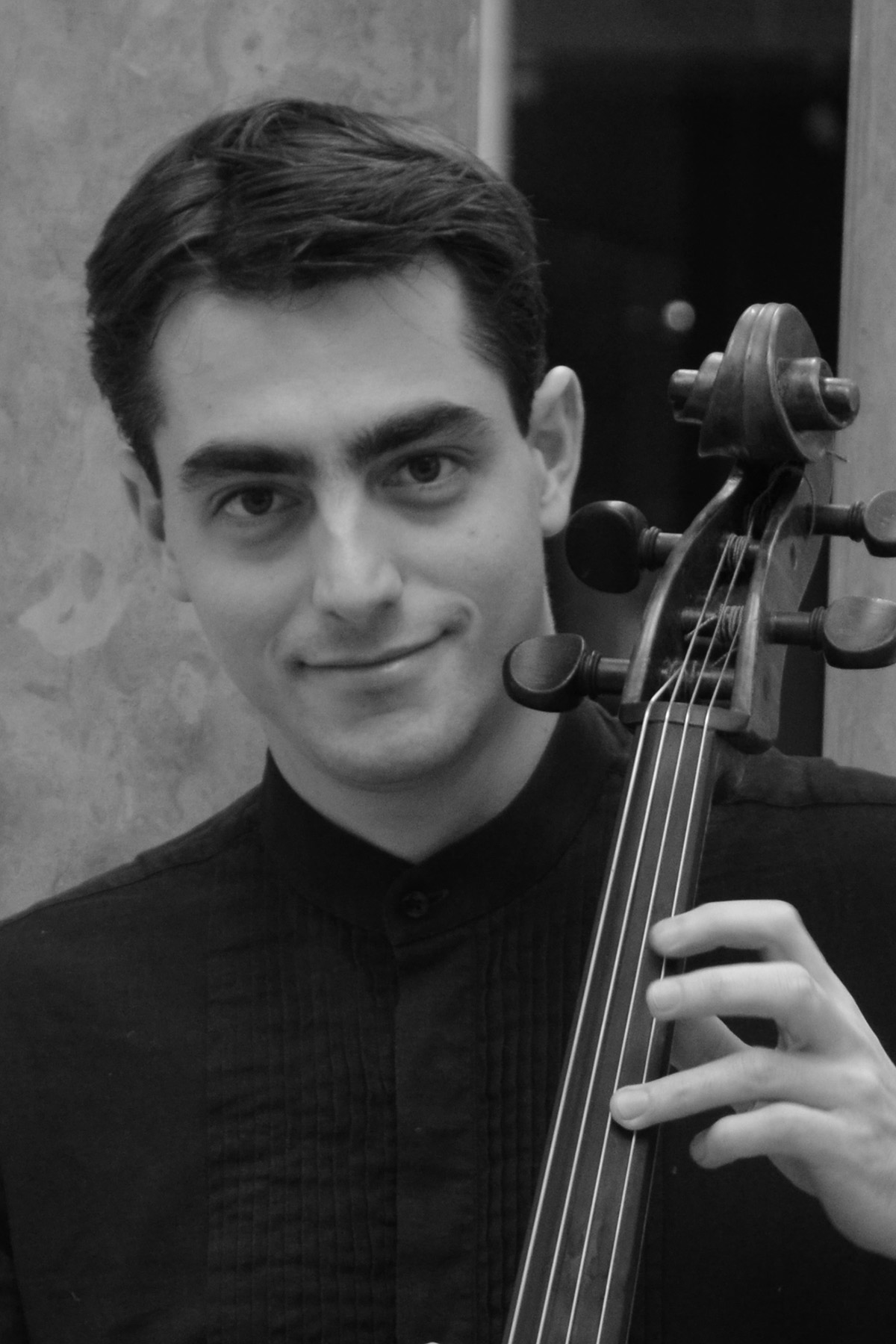 Gratified in 2019 with 5 diapasons and praised by international critics, Constantin Macherel's first CD (published by Claves records) as soloist with the London Mozart Players is sought after by the biggest European radios such as France Musique, RAI Classica, the RTS/SRF, the Finnish national radio as well as the Bayerische Rundfunk. Constantin Macherel is a prizewinner of various competitions including several 1st prizes at the Jeunesses Musicales Swiss Competition.

As a soloist he has collaborated with the London Mozart Players, Geringas Chamber Orchestra, Sonoro Quartet, St. Petersburg Taurida State Orchestra, Aarau Sinfonie Orchester, OQPL Orchestra, Karlsbad Sinfonie Orchester and many others. Born in Lausanne in 1991 into a family of musicians, Constantin Macherel begins studying his instrument with Marc Jaermann and then Susan Rybicki-Varga at the Conservatoire de Musique de Lausanne, where he obtains a Bachelor in Arts in 2012. The same year he is accepted in Ivan Monighetti's class at the Musik-Akademie Basel, completing a Master Performance in 2014.

From 2014 to 2018, he studies at the Zürcher Hochschule der Künste in the class of cellist Raphael Wallfisch, obtaining a specialized Master's degree in Soloist and later a Post-graduate degree. He also attended master classes with David Geringas, Karina Georgian, Giovanni Sollima, Natalia Gutman and France Springuel. Constantin Macherel plays a historical English cello by Joseph Hill I dating from around 1765.

Also passionate about composing, he writes his first pieces at the age of 14, writing for all kinds of instruments and formations. He studied this field with the composers William Blank, Georg Haas, Caspar Walter at the Musik-Akademie Basel. He received several commissions, including one from the harpist Tjasha Gafner presented at the 4 Seasons Festival. He currently has several projects in progress, including a concerto for cello, bassoon ensemble and xylophone.