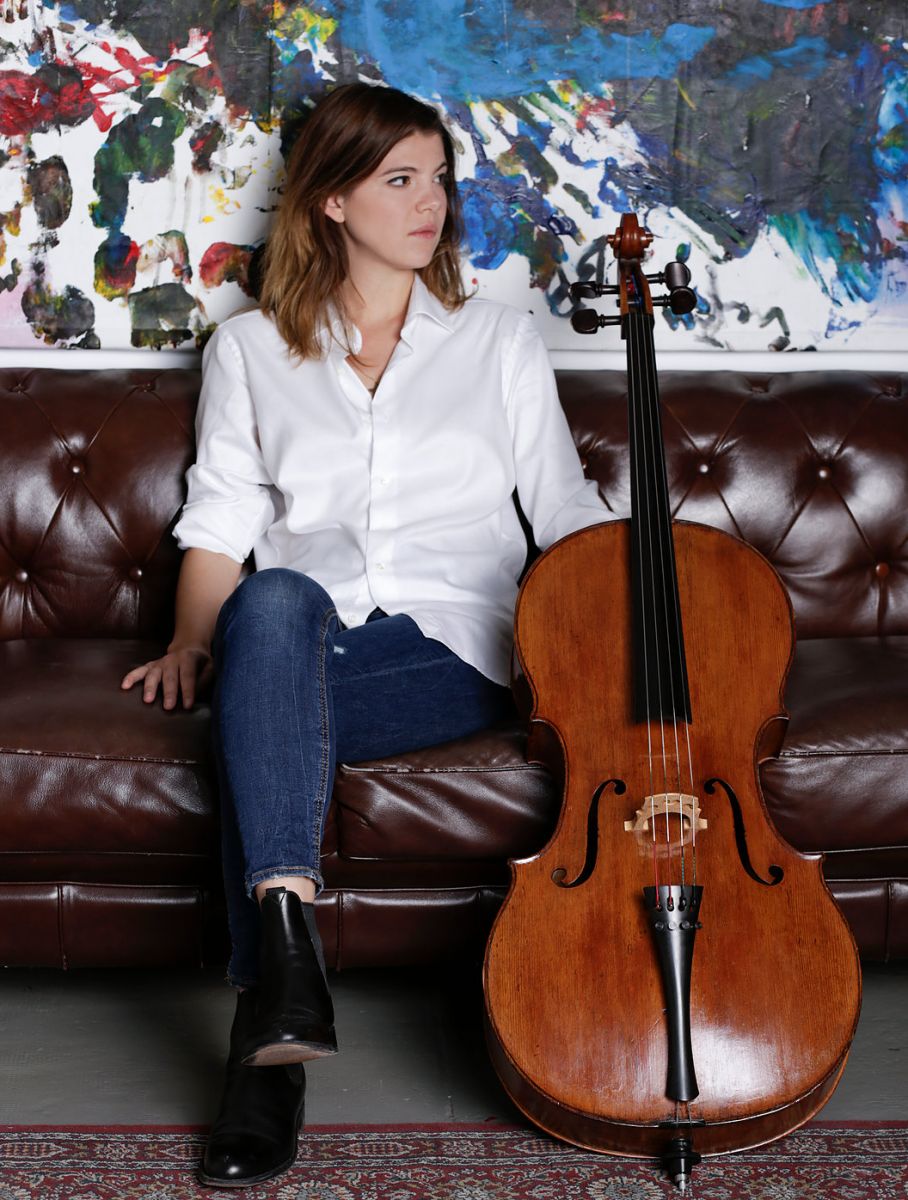 Described by music critics as an outstanding musician with great creativity and technical skills, Clara Pouvreau is rapidly becoming one of the most remarkable French cellists of her generation, performing on both modern and historical instruments.

She is a prize-winner of several international competitions, including the Johann-Sebastian Bach Competition Leipzig 2012 and a special prize at the Pablo Casals International Competition Budapest 2014.

Born in Tours, France, Clara started playing the cello at the age of 7.

At the age of 16, she was accepted at the prestigious Conservatoire National Superieur de Musique de Paris and completed harmony and Counterpoint studies with distinction.

During her studies, she attended masterclasses by renowned cellists like David Geringas, Heinrich Schiff, Philippe Muller, Wolfgang Boettcher, and Jens Peter Maintz among others.

Already during her study years on modern cello, she worked at the Philharmonisches Orchester Heidelberg as a Principal/Co-principal cello and was invited to play several times as a principal cello at the Orquestra del Gran Teatre del Liceu in Barcelona.

In 2018, she was selected as principal cellist of the European Union Baroque Orchestra (EUBO), and during the following year, she was invited to perform with distinguished Early Music-ensembles like La Serenissima (Adrian Chandler), Concerto Copenhagen (Lars Ulrik Mortensen), and the Freiburger Barockorchester.

Clara has appeared frequently as a soloist with diverse orchestras, including the Budapest Radio Orchestra, the Orchestre Colonne in Paris, the Orquestra de Cambra del Gran Teatre del Liceu, or the Budapest String Orchestra.

She has performed in Festivals such as the Barcelona Festival (Spain), the Pablo Casals Festival (France), the Musikfesttage CPE Bach (Germany), the Schleswig Holstein Musik Festival (Germany), Schwetzingen, and the Samos Young Artists Festival (Greece) to name a few.

A keen chamber musician, she is a scholarship holder of the villa music foundation as well as the live music now foundation. On baroque cello, she is a co-founder of the ensemble “Understories” with whom she won the audience prize at the 2019 International Early Music Competition in Val-de-Loire.

Clara plays a cello Nicola Gagliano from 1730, generously loaned by a private mécène, and a baroque Cello Joannes Jack from 1742.