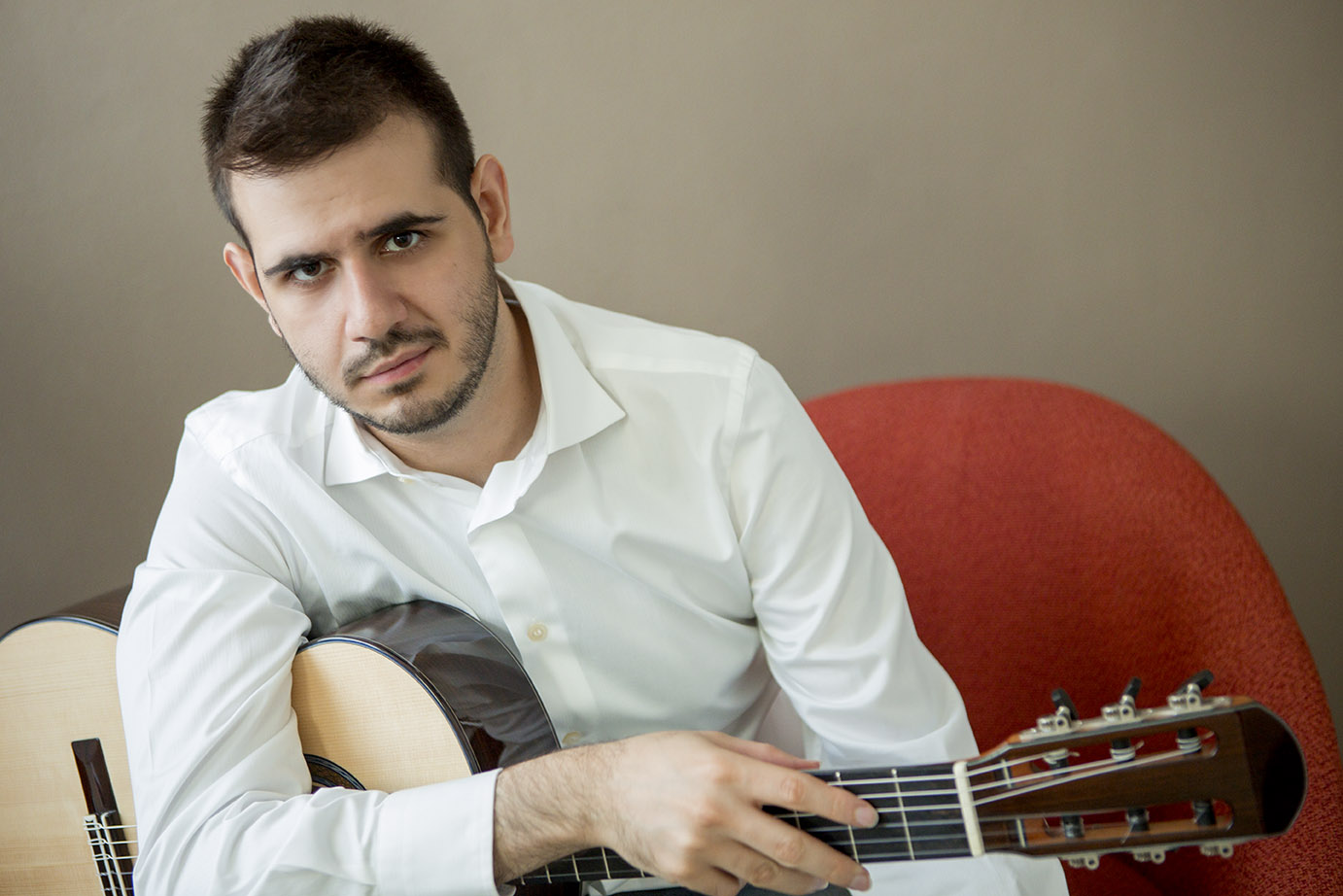 Christian El Khouri was born in Segrate (Milano) in 1988; since his childhood he began to study guitar with Stefano Leone.

In 2003 he was admitted to the “Conservatorio Giuseppe Verdi di Milano” where he studied with Paolo Cherici and achieved his diploma in 2010. He also achieved the didactic diploma at the "Conservatorio Giuseppe Verdi di Como" under Maurizio Grandinetti. He attended masterclasses with Enea Leone, and enhanced his musical experience with classes by Roberto Masala, Carlo Marchione and Jukka Savijoki.

He attended the courses of the “Accademia Chigiana” in Siena held by Oscar Ghiglia and reached the Merit Diploma (2012).

From 2007 he has been achieving important results as soloist in several Italian and International competitions: first prize at “Mondovì” and “Città di Castello” (2009), winner of “Premio Restelli” announced by the Conservatorio di Milano (2010) and of the Concorso Internazionale di Carpi “Arte a 6 corde” with Honorable Mention. In 2011 he won the International Competition linked to the Festival “N. Paganini” in Parma, the Concorso Internazionale “Claxica” in Castel d’Aiano and in 2013 the “Sernancelhe International Guitar Competition” (Portugal). In 2014 he was awarded First Prize at the “R. Chiesa – Città di Camogli” classical guitar competition along with the special prize for the best interpretation of a ‘800 composition. He also received a special prize “Premio del pubblico” voted by the audience.

His lively performing activity leads him to give numerous concerts in Italy and abroad, as soloist as well as part of the International Duo; he is also collaborating with ensembles and chamber music orchestras; he is also often invited on the stage by many important musical associations (Società Umanitaria, Circolo Filologico Milanese, Guitar’ Essonne,). In 2014 his concert for the 7th “Festival de Musica da Primavera” of Viseu (Portogallo) has been broadcast live by the national portugese radio Antena 2.

In 2011 he recorded for the magazine “Seicorde” the CD “Sonata”, focused on the 20th century Sonatas for guitar.

In 2020 his new album "Le Bouquet Emblématique" has been released for the Italian label “Dynamic”, and it is worldwide distributed by Naxos: the cd is entirely dedicated to the music of 19th century guitarist and composer Mauro Giuliani and contains the first world recording of op. 46 "Choix de mes fleurs chéries".

He is currently guitar Professor at "Liceo Musicale P. Secco Suardo" in Bergamo and he is also teaching guitar at  “Tinina Amadei” music school in Gessate (Milano)