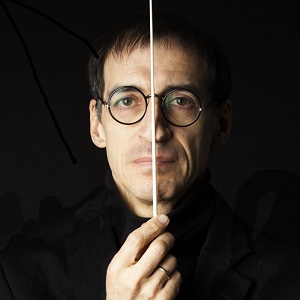 Brian Earl was a member of the La Scala Opera House and Philharmonic Orchestras from 1983 to 2021, as well as being a composer and conductor. In this last role, he led the La Scala Brass from 2006 to 2022. He studied composition at London University and conducted under George Hurst, and as an instrumentalist graduated from the Royal Nothern School of Music. He debuted as a composer in 1995 and has a large and varied catalog to his credit, including works for wind and symphony orchestras, two chamber operas, two ballets, and music for theatre and screen.

The most recent years have seen the premiere of his Concerto for Guitar and Orchestra at Rheine in Germany, the premiere of his Cantata The Queen with Golden Hair at the Stresa Festival in northern Italy, the performance of his Sinfonietta for winds at Ancona, at Moncado in Spain and at the University of Stanford in California, where his Dylan Thomas Variations were also premiered in 2016. Again in 2016, he composed the soundtrack of Dione, a short science fiction film, and in 2020 the soundtrack of Tebori, a horror thriller. In 2018 the La Scala Brass performed and recorded his Contrapunctus super quantum cremonensem. In 2019 the Bulgarian National Radio Symphony Orchestra recorded a suite from his ballet Nina and Vladimir.

In 2020 this site won a Silver Medal in the Global Music Awards.

Brian Earl's chamber music compositions are published in the USA by Wiltshire Music - Cor Publications and in Italy by Wicky Music.