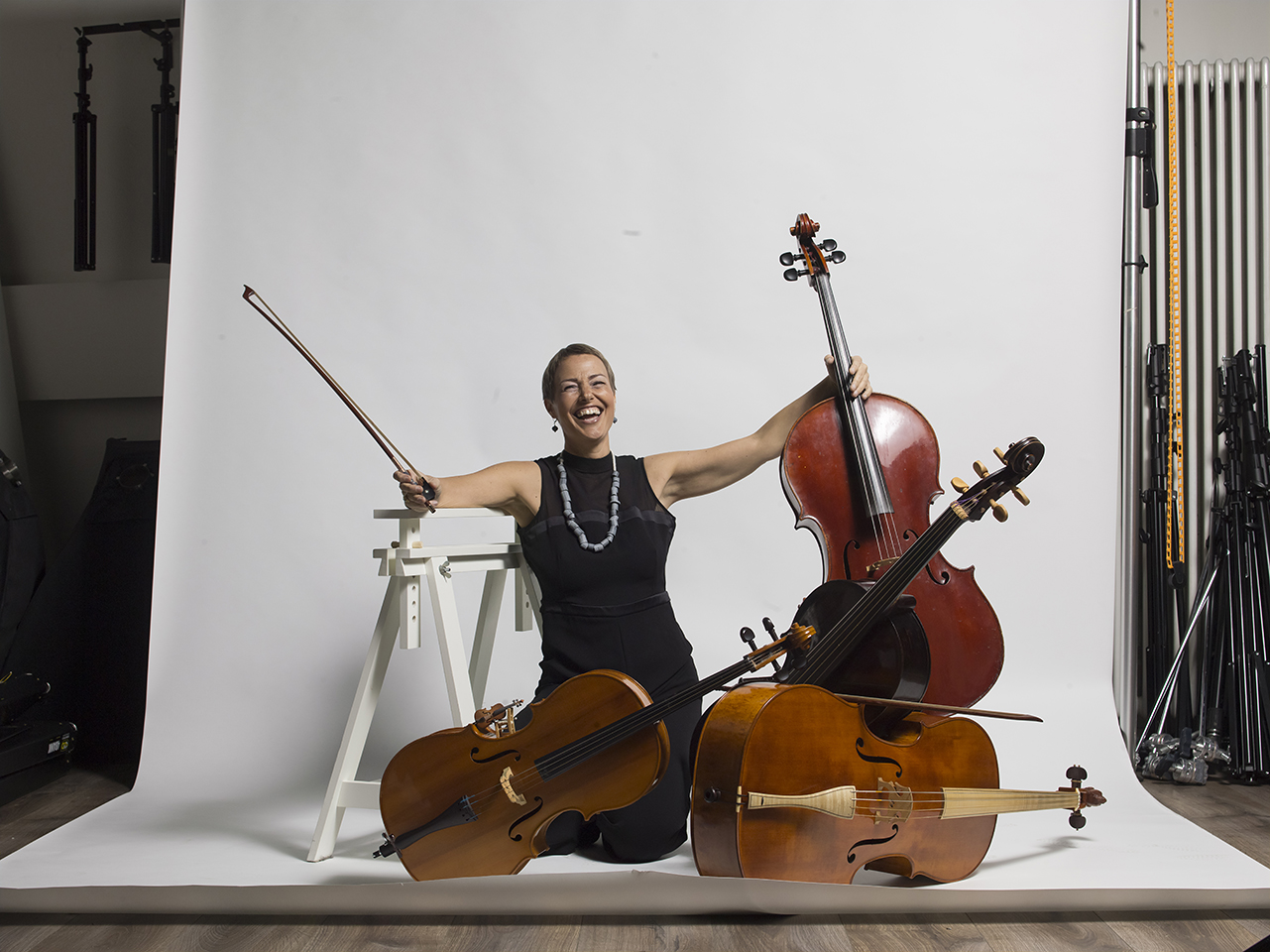 Barbara Bertoldi grew up in Trento, in a family where music was highly valued, and, apart from a brief interlude in Milan, has always lived there.

She has recorded 5 CDs (Dynamic, Sipario, Vocalia, Velut Luna) and made several recordings for RAI radio, all ranging from contemporary music to the performance practice of Baroque music with original instruments, preferring chamber music formations from duo to septet.

Since its foundation in 2006, she has been the artistic director of the Lucilla May Association, an association dedicated to musical and cultural productions in general.

She has been a passionate cello teacher for more than 30 years (teacher at the Conservatory, instructor in youth orchestras, and trainer of young teachers) and has been teaching at the music school "I Minipolifonici" in her city since 1997.

Since the release of the CD “Bestiario per Violoncello narrante" in 2013, she began her activity as a singing cellist and since 2014 as a performer with the show "Cello messa tutta" with which she performed in Trento, Mestre, Vicenza, Sassoferrato (AN), Monza, Rovigo, Cesena, Arco, Riva del Garda, Isera (TN) and Prato.

On July 1, 2017, she was awarded the Totemeblueart prize for her music to Mori (TN).

In February 2020 her latest CD for Velut Luna was released, with popular songs harmonized for voice and cello entitled “Se fossi una Rondinella” and again in October 2020 her first book, for ed. Sinfonica, "W il violoncello" is dedicated to young cellists between 9 and 12 years.

Works by composers A. Franceschini, N. Straffellini, E. Serafini, E. Eccli and R. Andreoni have been dedicated to her.

She owns three instruments - il violoncello by N. Carletti from 1952, a copy of a baroque cello by G. Stelzer from 2012, a small 5-string from the Tyrolean school of the late 19th century.

Recently, two of her texts were selected for setting by the Trentino Choral Association and published in a volume for schools. She has also received prizes in the past for her "happy pen" (Expo 2015, Talenti Vesuviani, Premio R.A.L.F.I, Rieti Write and Sing).

She is enrolled in the Faculty of Psychology, and is about to finish her first year of studies in Pedagogy.