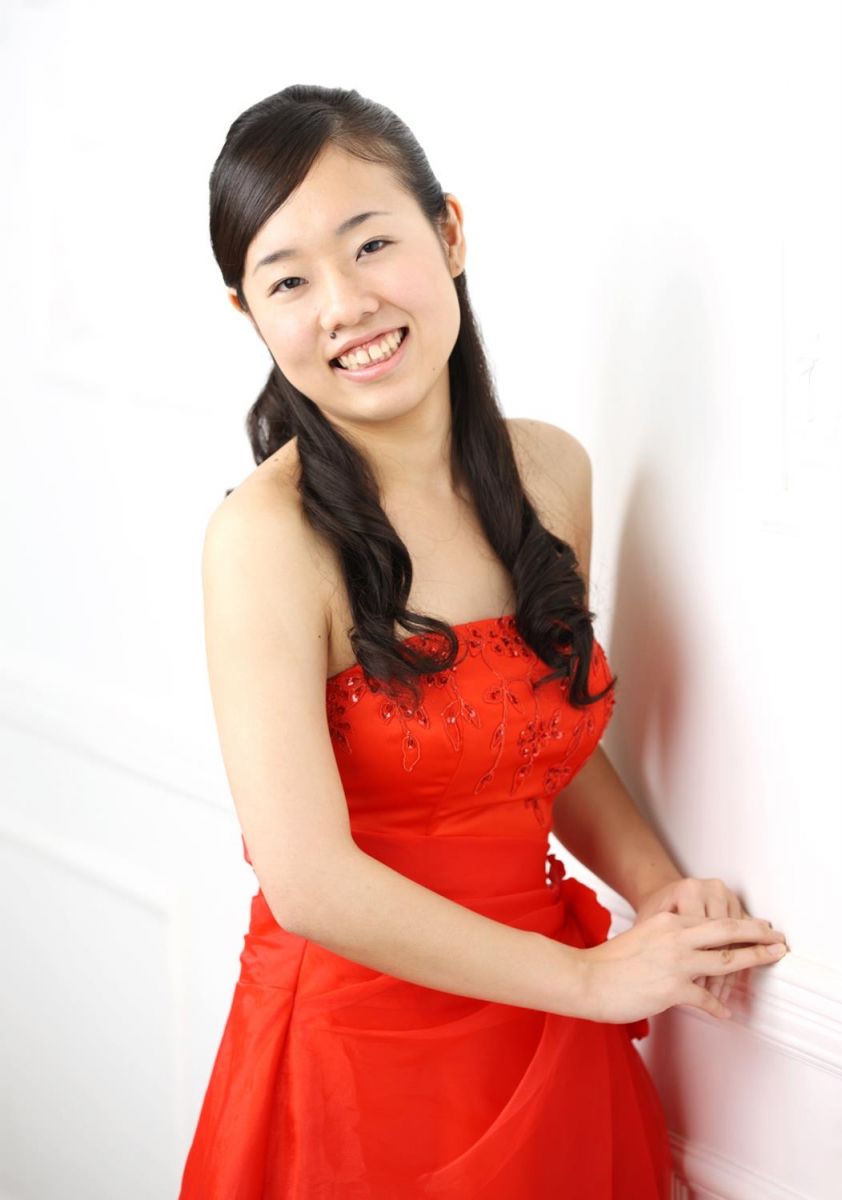 Asami Beniya-Berlioz has a multicultural musical background, and her career is taking her
down a dynamic path ranging from working with opera singers as a vocal coach and piano
accompanist, to a vibrant chamber music agenda with numerous projects and most recently,

the release of her first CD recording.

Asami Beniya-Berlioz started piano at the age of six and studied piano in her local town in
Japan before going through a special music orientated high school in Aichi, to the Showa Music University in Tokyo until 2009. During her time at university in Japan, she studied with renowned professors from the Russian Piano School in Tokyo including such teachers as Andrei Pisarev, Serguei Dorensky, Pavel Nersessian, Boris Petrusiansky, along with other internationally acclaimed professors such as John O'Connor, Sergio Perticaroli, Philippe Giusiano and Kevin Kenner. During her time there, she obtained scholarships at both her university and the Russian Piano School.

During Asami's studies with Serguei Dorensky in Japan, he enticed her to go and study in
Europe, to expand her musical horizon and experience. On his recommendation, she decided to go and study in France.
In France, Asami Beniya-Berlioz started studying in 2009 at the prestigious Ecole Normale de Musique de Paris, where she obtained her chamber music diploma in 2013, in famous French violinist Devy Erlih's class. In parallel, she studied at the Paris National Conservatory where she obtained in 2014 her second chamber music diploma under Pascal Proust's guidance.

To broaden her artistic approach, Asami Beniya-Berlioz chose to pursue her studies at the
Rueil-Malmaison National Conservatory where she obtained in 2015 her diploma in piano
accompaniment in Angéline Pondepeyre's class, her piano diploma with honours in Pascal
Amoyel's class and her chamber music diploma with honours in Michel Moragues's class. In 2020 she obtained her bachelor's degree in ethnomusicology at the Paris X university.

Asami Beniya-Berlioz's career has led her to collaborate with renowned musicians such as Eric Aubier (himself a student of famous French trumpet player Maurice André), Ivry Gitlis and Nicolas Chatenet, during their concerts and masterclasses along with other events. She has also specialized in the opera repertoire as an opera vocal coach and piano accompanist. Asami has worked on a wide range of music including the production of Die Fledermaus by Strauss at the Massy Opera House, Gluck's "Ivrogne corrigé" at the Sens National Theatre in 2017 and at the Versailles Musical Academy in 2015.
Asami Beniya-Berlioz has recently been working on promoting French composers, but her
repertoire ranges more broadly from composers such as Scarlatti, Clementi, Verdi, to Janacek.

She has played Stravinsky's piano concerto with the Rueil-Malmaison Conservatory orchestra and Mozart's concerto for two pianos with French conductor Joachin Jousse. As a vocal coach and piano accompanist, Asami has mainly worked on French and Italian operas whereas in chamber music, she has played in various formations including duets, trios and last year recorded Poulenc's sextet, trio, and sonatas for four hands and flute in Tokyo,

Japan.
She is also the lead member and founder of the Piano Duo Ruban, a duet specialized in piano four hands and two pianos, for which she has won several awards and prizes in international competitions across Europe. Her duet has notably been invited to play at the Royal Albert Hall in London, UK and at the Muza Kawasaki Music Festival for young talents in Japan.

Asami Beniya-Berlioz currently holds a teaching position at the Montesson Conservatory of music where she has been teaching piano since 2018.