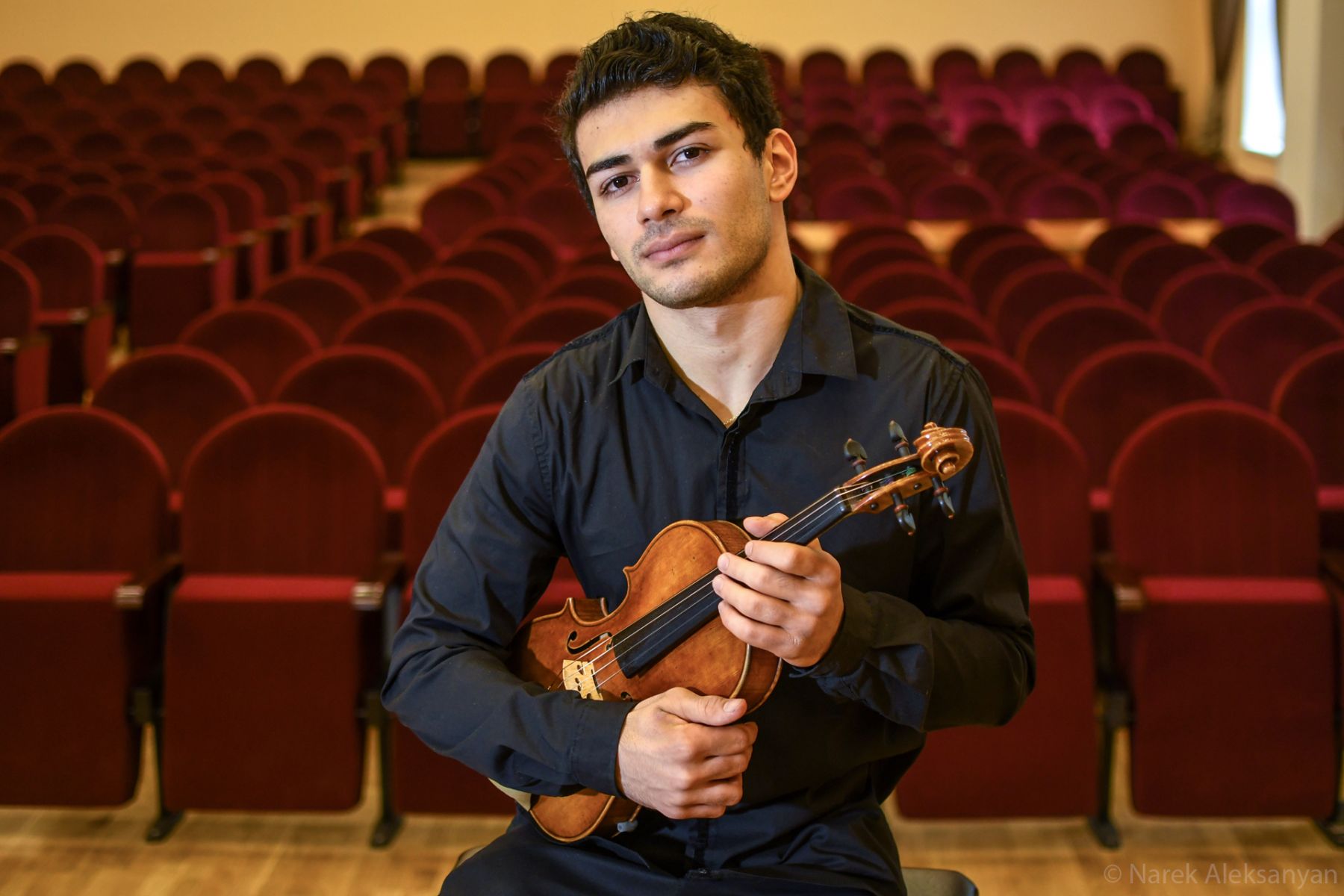 Areg Navasardyan was born on 22.10.1999 in Yerevan, Armenia. He began to study violin when he was 6 years old at the Yerevan Tchaikovsky Specialized School of Music under Professor Gagik Smbatyan. He continued his studies with Professor Boris Kuschnir at the Precollege Division of Graz University of Music and Performing Arts from 2015 – 2019. In 2019 Areg started his BA studies at the University of Music and Performing Arts in Vienna with Prof. Pavel Vernikov.

In October 2015 Areg participated in Lac Leman Masterclasses (https://www.llmm.ch/), Switzerland and played in concerts at Vevey and Geneve Conservatory.

In 2012 Areg participated in Yuri Bashmet’s Children’s Music Academy in Samara, Russia where he received masterclasses from Alexander Trostiansky, Professor at the Moscow State Conservatory and played at the prestigious closing ceremony in Samara Academic Opera House.

Areg Navasardyan plays the violin made by Jakub Topor.