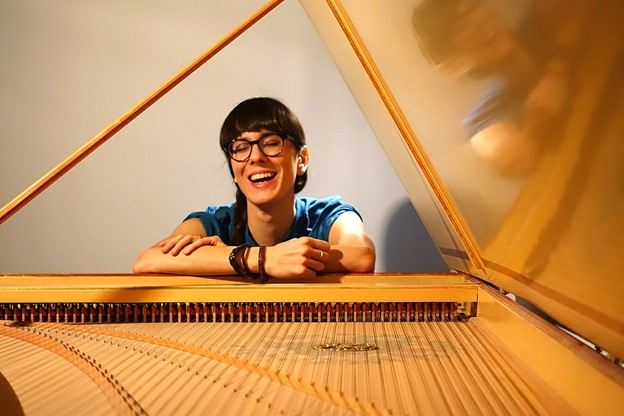 She studied basso continuo praxis with N. Reniero. In 2012 she won the 1° prize at the National Arts Award organized by the Ministry of Education, University and Research in the category "Early Music”. She won the 1° prize at the Acqui e Terzo Musica competition (2013), at Fatima Terzo (2013, 2014) and the 2° prize at Newtracks@FBAS Competition (2020). As soloist she played in several famous Italian ancient music seasons such as: Antonio il Verso (Palermo), Pavia barocca, Settimane barocche di Brescia, Festival cusiano di musica antica (Orta), Le vie del barocco (Savona).

In 2015 she performed in a musical event hosted at the Milano EXPO with the first eco-friendly certified musical instrument (PEFC certified), made by Leita brothers company. Alongside her activity as soloist, she plays with different ensembles, performing in theatres such as Teatro Bibiena of Mantua, Teatro Olimpico of Vicenza, Herkulessaal of Munich. In 2018 she won the audition as harpsichordist of the Haydn Orchestra of Bolzano and Trento, with wich she has been playing in Italy and abroad, with conductors such as M Mariotti, M. Pascal, T. Pinnock. With Collegium Pro Musica, conducted by S. Bagliano, she performed several concerts in Italy, Austria , Switzerland, Albania in international festivals such as L’Orecchio di Giano in Rome, Halbturner Schlosskonzerte (Austria), Monteverdi Festival in Mantua. From 2015 she collaborates with L. Forslund, Swedish mandolinist and composer with wich gave dozens of concerts in Sweden during Vivaldi Festival.

In 2020 she has recorded for Stradivarius the collection Pièces de Clavecin by N.P. Royer (awarded with 5 stars by musical magazines Musica, Amadeus and Choir & Organ). In 2020, for Brilliant Classics, she has recorded with Fabiano Martignago the unpublished sonatas for flute and harpsichord by J.E. Galliard. For a new discographic project for Stradivarius, she is recording unpublished contemporary music for harpsichord.