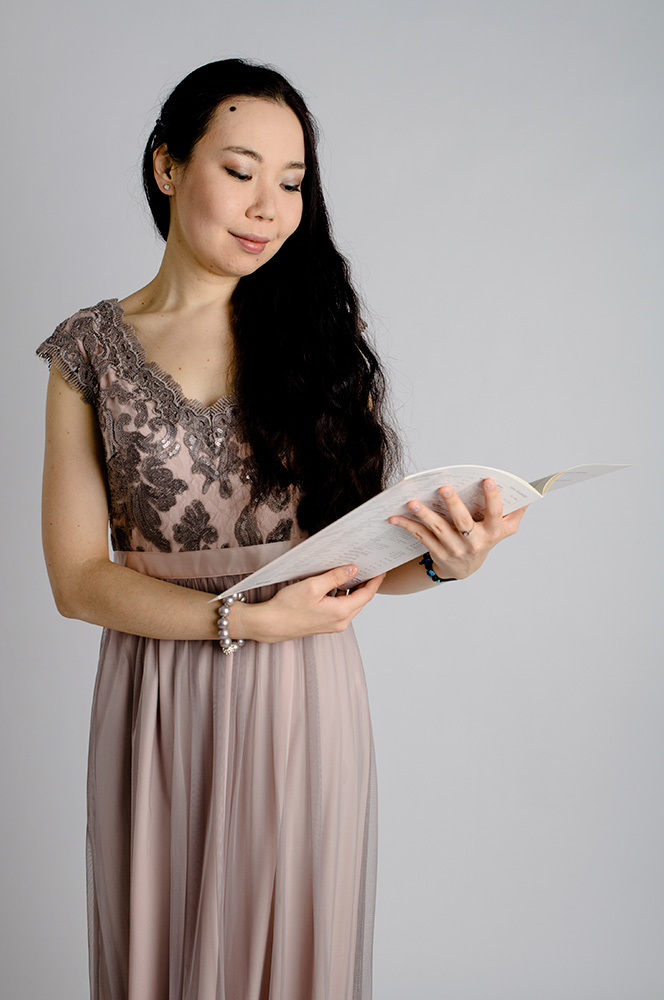 Aliya Turetayeva is one of the most promising and talented Kazakh pianists of her generation. She was born in 1986 in Almaty, Kazakhstan and received her first piano lesson at the tender age of five. She was soon accepted into a special music school for gifted children in Almaty and during her first year of studies there, she gave her debut performances, both as a recitalist and as a soloist with orchestra. She appeared on several occasions as a soloist with the Chamber Orchestra and State Symphony Orchestra at the State Philharmonic Hall and at the Kazakh Concert Hall in Almaty. After graduating from the specialized music school, Aliya was accepted into the Dresden University of Music at the age of 16.

She was also awarded Diploma at the V. Krainev International Piano Competition for Young Pianists, the Brueser Berger Musikpreis in Bonn, Germany, 3rd Prize at Labia & Callegaro Prize in Italy and an Honorable Mention Award at Bradshaw & Buono International Piano Competition in New York, USA. As a recipient of the Steinway Hall Prize at the KIPC 2019 in Kent, the UK, Aliya made her debut at the Steinway Hall in London in 2020. Most recently she was invited to perform at the International Holland Piano Series at the Muziekcentrum in Enschede for maestro Stephen Kovacevich and was selected to perform at Isaac Stern Auditorium Perelman Stage at the Carnegie Hall in New York in 2021. As a prizewinner of the International Music Competition of the Nordic Strings Academy in Denmark, Aliya will go on China Tour during the season 2020/2021. In 2020 she was additionally supported by Verein Brueser Berger Preis in Bonn. Aliya's debut album, which includes works by Robert Schumann, was released in 2020 by the distinguished KNS Classical Label. The CD received wonderful criticism from many music magazines and reviewers worldwide - Fanfare Magazine (USA), ConcertoNet (USA), Misicalifeiten (The Netherlands), Info-Netz-Musik (Germany), New York Concert Review (USA), Schumann-Journal (Bonn, Germany), The WholeNote Magazine Toronto (Ontario, Canada) and Limelight Magazine, Australia's essential guide to music, arts and culture. In 2021 Aliya was selected as an Artist-in-Residence at Porto PianoFest.

Aliya has worked with many celebrated musicians including Stephen Kovacevich, Mikhail Voskresensky, Imogen Cooper, Filipe Pinto-Ribeiro, Jiri Hlinka and Vladimir Krainev. As well as her work as a soloist, Aliya is a dedicated chamber musician. She recently recorded chamber music works by G. Crumb and A. Schnittke for WDR Radio Cologne. Aliya completed her Konzertexamen postgraduate studies at the Mozarteum University in Salzburg under the tutelage of Professor Gililov with the highest mark and has additionally studied at the Royal Conservatory of Brussels in Belgium