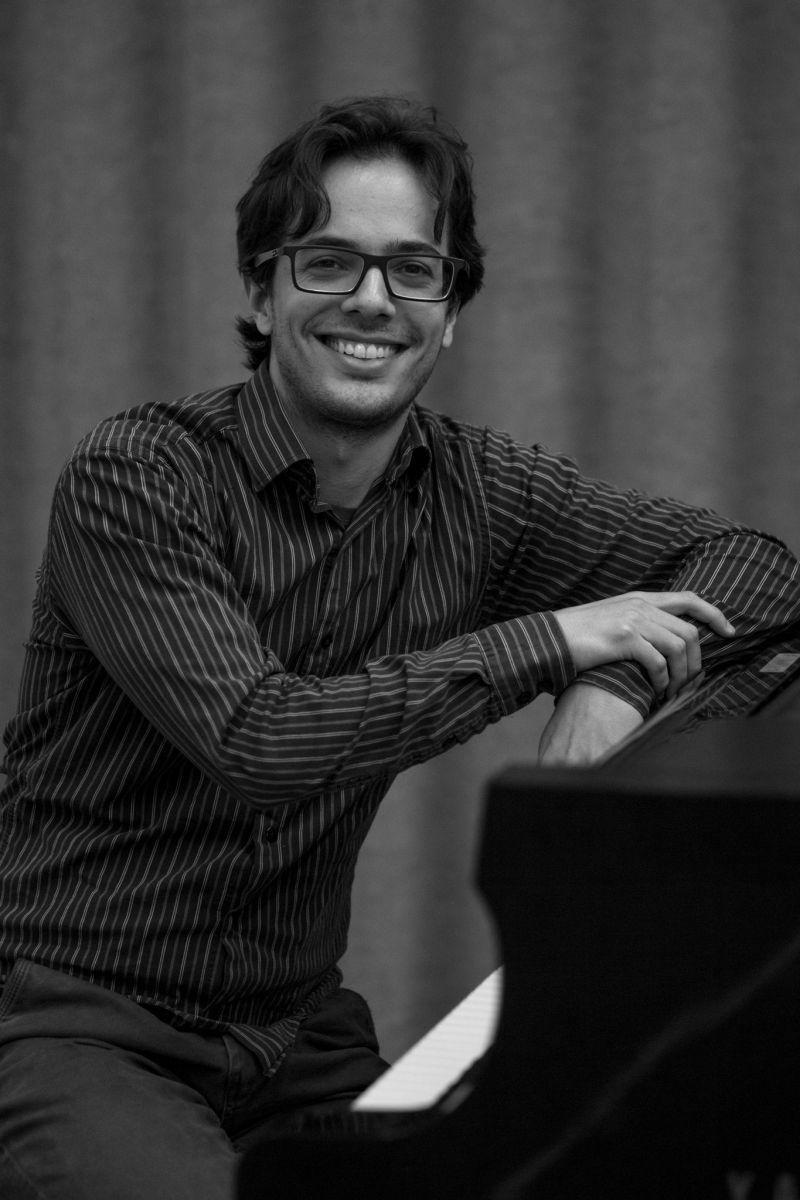 Praised for his colorful contrasts and fiery playing, Dr. Alessandro Fonseca has been recognized as a“musician that seeks the inner message of every note played and aims to deliver a sound both passionate and intense, but also delicate and refined.”

Dr. Fonseca has won several prizes in piano competitions in  South America and also international prizes, such as 1st place in the 2019 Vienna Grand Prize Virtuoso International Music Competition and the 2nd Prize in the Piano Section, from the 2021 Medici International Competition, Professional category. During his career, Fonseca has participated in many international festivals such as the “Liszt and Russia” festival in Los Angeles, where he—alongside other performers—played Lyapunov’s Transcendental Etudes. As a member of the American Liszt Society, he has also performed many concerts, including Liszt’s Transcendental Etudes, opera and song paraphrases, transcriptions and many others.

Dr. Fonseca won the University of Oregon 2021 Concerto Competition and will be playing the Khachaturian Piano Concerto with the UO Orchestra next season.

Recently Dr. Fonseca was hired as Adjunct Faculty at the Daytona State College and he is teaching piano and working as an accompanist for the music school.

Originally from Brazil, Dr. Fonseca currently maintains an active career performing solo and chamber music recitals. As a chamber musician, Dr. Fonseca has performed numerous concerts in different formations. One important project is his Duo Alarte, a violin-piano collaboration with Ana Zivkovic, an active duo that performs many concerts in South America.

Alessandro initiated his piano studies and musical training in his hometown, Campo Belo, MG, in Brazil when he was 10 years old, with Gil Eliazar. Further finished his Undergraduate course under the guidance of Professor Miriam Bastos, at the Minas Gerais State University. Later he finished his Master’s in Piano Performance under the guidance of professor Alexandre Dossin, at the University of Oregon and also received an award with his degree: the Outstanding Graduate Student Keyboard Player. In 2021, Alessandro was awarded the Doctorate in Musical Arts, at the University of Oregon, under the guidance of Alexandre Dossin. At the UO, Alessandro worked for 6 years, as a collaborative pianist, doing studio accompaniment for vocalists and instrumentalists. Dr. Fonseca also worked as a piano instructor, teaching applied piano lessons, and class piano.