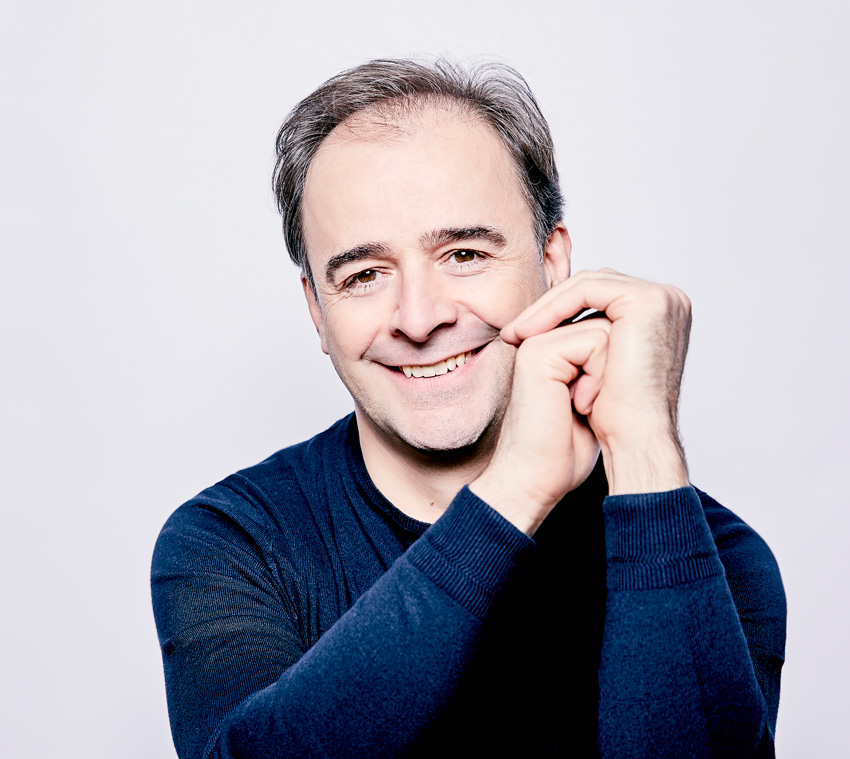 Alberto Urroz is one of the most brilliant and multitalented Spanish pianists of his generation. Acclaimed pianist with an international career as a soloist, he is also an active chamber music player, as well as accompanist of great singers, dancers, and ballet companies in prestigious festivals and halls. He is the founder and Artistic Director of the prestigious Mendigorria International Music Festival in Spain and has produced and created successful multidisciplinary spectacles including music, art, and dance. As a founder member of the European Piano Teachers Association, EPTA, in Spain, Urroz was appointed President of EPTA Spain in 2018 and is responsible for the first-ever EPTA international conference in Spain which will be held in Madrid in 2021. Dr. Urroz was granted an honorary award, in 2017, to the best Doctoral Thesis in Arts and Humanities by the Alfonso X el Sabio University for his dissertation “Optimization of the didactic-learning process of piano technique: models to develop efficiency in the performance of the piano studies Op. 299 by C. Czerny (1791-1857).”

Urroz is a piano professor in Madrid for bachelor's, master's, and doctorate studies in piano performance at the Alfonso X el Sabio University and Musical Arts Madrid. He also holds a piano teaching position at Arturo Soria Conservatory in Madrid for undergraduate studies. As a renowned pedagogue, he has been invited to various prestigious international festivals and universities in Spain, Portugal, Italy, Norway, South Korea, and the USA. Concerned about the new generations, he has organized the presentation of young talents in auditoriums and festivals such as the Conde Duque, the Royal Conservatory of Music, the Pons Foundation, and Auditorio CentroCentro, in Madrid, and the Mendigorría International Music Festival, in Navarra.

He is also co-founder and Artistic Director of the City of Madrid Shigeru Kawai Piano Competition whose aim is to develop and support the careers of young pianists in Spain and Japan. Currently, he prepares the first edition of the Arkadia project – Meetings with the Maestro, an innovative and ambitious festival of concerts and masterclasses in a unique environment to enjoy music, nature, and comprehensive artistic training of highest specialization in performance.

Alberto Urroz has performed throughout Europe, Asia, and America. A successful debut in 2008 at New York’s Carnegie Hall boosted his international career, following recitals in Seoul (South Korea), Strasburg (France), Atlanta (USA), London (UK), and Naples (Italy), among others. Since first performing with the Navarre Symphony Orchestra in 1999, Urroz has been sought by important cultural institutions such as the Prado Museum, Madrid National Auditorium, Conde Duque Auditorium, the Santander and Peralada International Festivals, the Royal San Fernando Fine Arts Academy, the Juan March Foundation, Gayarre Theater, Baluarte Auditorium, the Cervantes Institute in Berlin, Lisbon and Manila; Festival Percusos in Ponte de Lima and Festival Terras See Sombra, both in Portugal; the Music Talent Festival in Brescia, Italy; the German Embassy in Madrid; the Las Canals, Binic and Hyères Festivals in France; the Iberian Foundation for Spanish Music in NYC, the Georgia State University in USA, the German Embassy in Madrid; the Italian Culture Institute in Madrid, Lisbon and Strasburg, etc.

In 2004, Urroz founded the Mendigorría International Music Festival, receiving enormous attention from the media and excellent reviews from the outset. As Artistic Director of the festival, he has programmed more than a hundred concerts, always boasting very careful programming, with a focus on educating the public as much as being independent and genuine, keeping activities away from commercial interests.

Born in Pamplona in 1970, he began his musical education at home. In 1994, he graduated with honors at the Royal Conservatory of Music in Madrid as a piano student of Joaquín Soriano, furthering his training at the Rubin Academy (now renamed Buchman-Mehta Music School) in the Tel-Aviv University (1994-1996) with Pnina Salzman, then in New York (1996-1999) with Oxana Yablonskaya and at Manhattan School of Music. Other maestros include György Sándor, Fanny Waterman, Solomon Mikowsky, Donn-Alexander Feder, Ena Bronstein and Ana María Trenchi. He won competitive grants from Madrid Juventudes Musicales (1993), from the Government of Navarra (1995-1998), and from Hartford University (1999).

In 2015, his first recording, “Spain Envisioned”, was released for the prestigious label IBS Classical, featuring masterpieces by Albéniz, Granados, Mompou, Falla and the world premiere recording of “Fantasía sobre Beatrice di Tenda”, composed in 1851 by Sánchez Allú, a masterwork of the Spanish piano repertoire that remained forgotten over 150 years. According to Fanfare Magazine, this “intelligently-planned, elegantly executed album” offers in Urroz’s hands “sensitively colored versions of Almería and El Albaicín which are among their best modern recordings: relaxed, easy-going, effortlessly idiomatic. If they don’t efface the memory of the classic versions by Alicia de Larrocha, then they can still almost be mentioned in the same breath.”

For Piano Journal Magazine, Urroz’s style conveys “Great depth of tone, tasteful use of rubato, and dramatic musical contrasts of alternating power and lyricism”, and it has praised this album as a compelling selection “All pianists should familiarize themselves with, (…) where Alberto Urroz shows his pianistic qualities to the full. He draws the Spanish spirit out of every work with intrinsic drama and innate heartfelt lyricism. (…) his brilliant exuberance and assured touch enable him to bring these works to life with true authority and Spanish flavor.”

In March 2019, an all Scarlatti Sonatas recording was released on IBS Classical, being presented as a featured album on France Musique. According to Classics Today magazine “Color and movement inform his Scarlatti playing, meaning that his rhythmic sense is informed by dance, and he discreetly varies his timbre to imbue repeated phrases with variety and to underline the composer’s tangy dissonances. (…) Urroz’s deliberation holds your attention by way of his crisply delineated embellishments and a sense of air between the notes that is hard to describe yet easy to hear.”

Melómano magazine highlights how “In a moment of the boom of the original instruments and interpretive historical criteria, it would seem uninteresting to speak of a disc of sonatas of D. Scarlatti, performed with modern piano. This is not the case of Alberto Urroz’s recording, for the Ibs Classical label, in which he presents us a very well chosen selection of sonatas performed with very good musical taste and good technique.” For Piano Journal, ”A true keyboard master, Urroz acts with a plethora of wonderfully calm colors, often variations in pianissimo and always with a more beautiful cantabile tone. (…) His interpretation is never fussy or exaggerated, nor is it mixed with excessive rubato The interpretation is always in good taste, spontaneous, musically innate with intelligent, fluid and careful phrases at all times: honest, hypnotic, convincing interpretation, straight from the heart and offering great musical appeal and inspiration to all listeners”.

In October 2019, a lecture-recital presentation of this recording at the University of the Arts in Vienna was considered a highlight of the 41st EPTA International Conference.