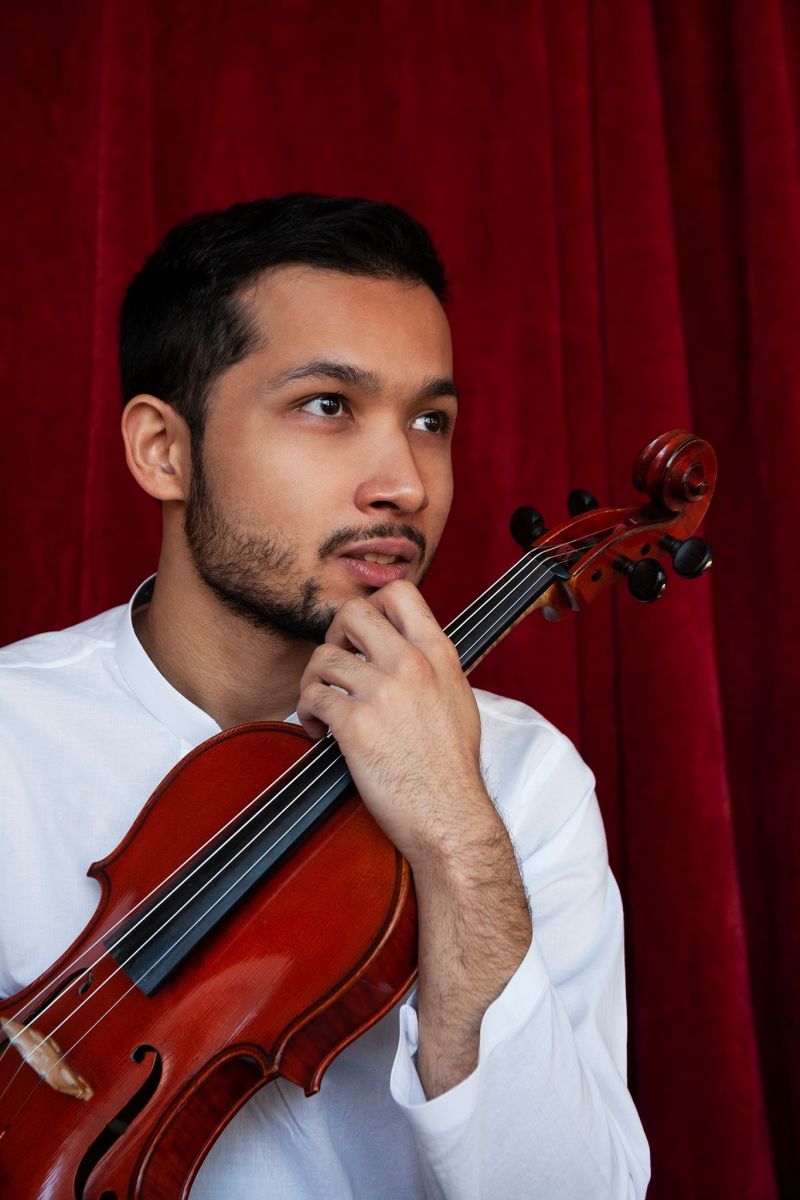 Aadam Ibrahim was born in the west suburbs of Chicago where he began his viola studies at Wheaton College’s Community School of the Arts with Lisa Hirschmugl beginning at age five.  At age 13, he began studying with Likuo Chang, the principal of the Chicago Symphony Orchestra.  At age 17, he also began working with Roland and Almita Vamos at Northwestern University’s Bienen School of Music.  At age 20, he joined the then newly formed Barenboim-Said Academy in Berlin, Germany where he studied with Professor Wilfried Strehle - former principal violist of the Berlin Philharmonic Orchestra.  Ibrahim has enjoyed the mentorship of many great musicians including Kim Kashkashian, Daniel Barenboim, Semyon Bychkov, Riccardo Muti, Nobuko Imai, Tabea Zimmermann, and Pinchas Zukerman, Mihaela Martin, Shmuel Ashkenasi, Ralph Kirshbaum, Roberto Diaz, Paul Neubauer, and Bruno Pasquier.

Ibrahim has been a top prize winner at such institutions as the Medici International Music Competition, Pablo Casals International Festival in Prades, France, and the George Gershwin International Competition among others, and has had the opportunity to solo with the orchestra as a result.  Ibrahim has performed as a soloist and chamber musician in the United States, Europe, and Asia.

As a chamber musician, Ibrahim has been a member of the Ashkenasi-Kirshbaum Seminar of the Heifetz International Institute of Music along with the National Arts Center Young Artists Program where he worked with Roberto Diaz, Shmuel Ashkenasi, and Pinchas Zukerman.  Ibrahim has given chamber recitals with a variety of ensembles in Frank Gehry’s Pierre Boulez Hall in Berlin where he was able to work with Mihaela Martin, Michael Barenboim, and Frans Helmersson, and Daniel Barenboim.

Ibrahim enjoys collaborating with friends and expanding his horizons in music in every possible way.  He plays the viola crafted by Tommaso Balestrieri in 1767 as well as a Gand and Bernardel crafted in 1879 on a generous loan from the Chimei Foundation.  He currently studies under Kim Kashkashian at the New England Conservatory of Music where he has been awarded a full scholarship.