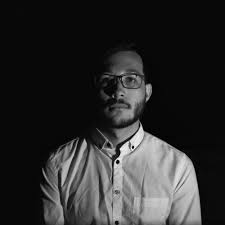 Percussionist,, is a passionate performer, composer, and arranger of all things contemporary whether it be performing seminal works of the last century, premiering or writing brand new works, or arranging popular music for contemporary classical ensembles. He has performed with members of internationally renowned chamber groups such as Eighth Blackbird, Ensemble Signal, the JACK Quartet, So Percussion, and the Bang on a Can All-Stars. As a composer, his works have been premiered at the Eastman School of Music, Boston University, and the University of Tennessee, Knoxville. His most recent piece, Coalescence, premiered last spring at Yale University.

Kevin currently teaches a studio of 50 percussionists in Austin, TX. His students recently performed at the Midwest Clinic in December 2021. Previously, he was a secondary lesson teacher for undergraduate students at Yale College and Chair of Percussion at the Cheshire Academy in Cheshire, Connecticut. His students at Yale College, all of whom are non-music majors, have excelled comparably to conservatory students through winning spots at summer music festivals as well as the College Band Director's National Association's Intercollegiate Band.

Kevin holds a BM from the Eastman School of Music where he studied with Michael Burritt, and he earned his MM and MMA degrees from Yale University studying under Robert van Sice.